Synopsis: Journey “under the sea” with Ariel and her aquatic friends in Disney’s The Little Mermaid JR., adapted from Disney’s 2008 Broadway production. In a magical underwater kingdom, the beautiful young mermaid Ariel longs to leave her ocean home, and her fins,behind and live in the world above. 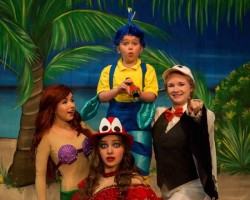 Synopsis: Oliver brings to vivid life not only the beautiful works of Poe, but the mystery of the man himself as his performance vacillates between the most engaging lecture imaginable and the fierce embodiment of the writer reciting his works against a dreamy background of gorgeous art (many of which are mixed media pieces along with oils, pastels, and pen and ink) and eerie music (From Heather Hill’s review). 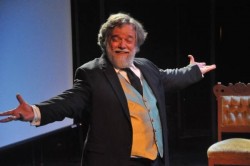 Synopsis: Altar Boyz is a foot-stomping, rafter-raising, musical comedy about a fictitious Christian boy-band on the last night of their national ‘Raise the Praise’ tour. The Boyz are five all-singing, all-dancing heartthrobs from Ohio: Matthew, Mark, Luke, Juan and Abraham.  As they perform their signature hits such as ‘Rhythm In Me,’ ‘The Calling,’ and ‘I Believe,’ the Boyz question their loyalty to each other and ask whether or not faith is really holding them together. They finally deliver a message of unity, that ‘there is no star as bright as its constellation, no harmony in a single voice.’ 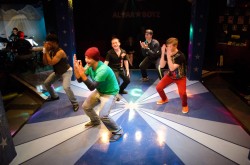 Synopsis: From our love lives to our government to our Twitter feed…nothing and no one is spared from the savagely brilliant satire of The Second City‘s celebrated Woolly Mammoth performances. Once again, the famed Chicago sketch comedy troupe will be skewering American culture in subversive and hilarious fashion at Woolly this summer. 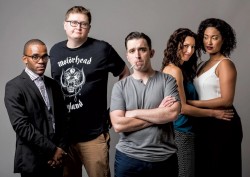 The cast of The Second City’s “Let Them Eat Chaos”, now playing at Woolly Mammoth. Photo courtesy of washingtonpost.com

Synopsis: Death is inevitable for a lost soul who doesn’t know who he or she is… Through the lens of The Jumper, The Hanger, The Shooter, The Pill Popper and The Cutter, The Suicide Journals explores the grim reality of teenage/young adult suicide. 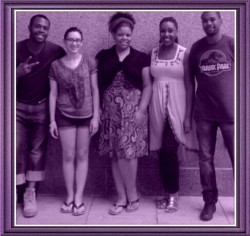 The cast of ‘The Suicide Journals.’ Photo courtesy of production.