Theatre Review: ‘The Adventures of Prince Achmed’ at Constellation Theatre 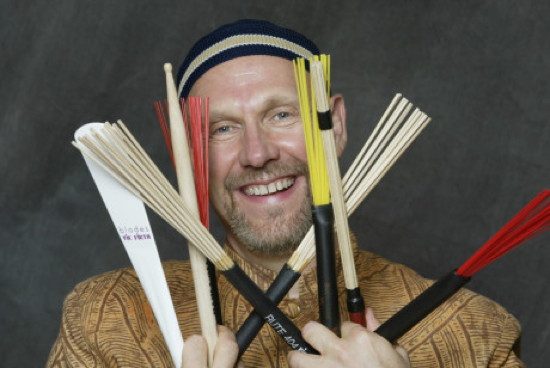 Tom Teasley’s unique rendition of The Adventures of Prince Achmed, originally filmed and directed by Lotte Reininger, and presented at Constellation Theatre is a collaboratively structured work of intricate theatre based on the stories from Arabian Nights. The Adventures of Achmed is a first full-length animated film, which debuted in 1926 featuring a complex hand-cut silhouetted technique to create a refined piece of cinematography.

Throughout the course of the journey, a handsome, heroic Prince Achmed travels on a flying horse to distant lands, coming across different enchanting adventures, which include befriending a witch, meeting Aladdin, battling demons, and falling in love with the beautiful princess, Peri Banu in the magical islands of Wak-Wak. Upon arrival, a sorcerer kidnaps the princess and takes her to far-off China where she is sold to the Emperor. With the help of the Witch of the Flaming Mountain, Prince Achmed tries to rescue his love, however the magician returns with her to Wak-Wak. In order for the prince to reach his princess, he must search for Aladdin and the magic lamp.

Tom Teasley’s one-man orchestrated and live-performed original score of The Adventures of Prince Achmed explores a trailblazing, revolutionary arrangement of cultural sounds including Afro-Cuban beats and Middle Eastern vibes. Amongst his one-man band, Teasley cleverly integrates the drums, symbols, recorder, centaur, xylophone, and synthesized singing including several other instruments as he jives along with an overhead projector displaying Rorschach-like figurines to create a uniquely crafted animated film. Teasley continues to navigate his sounds through world music incorporating Western Orchestrations. Exploring Afro-Cuban and Middle Easter music with incredible stamina throughout this fantasy animated film, Teasley described his process as delving into “ a lot of memorization.” Tom Teasley’s brilliant work is a must-see among all theatregoers and patrons.

The Adventures of Prince Achmed performed August 13-15, 2015 for four performances at the Constellation Theatre in Washington D.C.   For tickets to future shows click here. For all music composed and performed by Tom Teasley, click here.