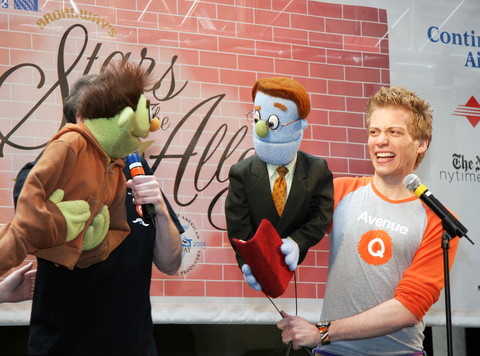 Acting isn’t for everyone.  Acting in live comedy is for fewer people still.  There is a great misconception — ­even among some actors — that performing comedy is no more difficult than drama.  In fact, it is exponentially more difficult and requires an uncommon dedication to the craft.  It requires not only a mastery of the lines and cues themselves, but also an understanding of the comedic rhythms of the piece and your character’s role in that rhythm.  Comedy calls for a high level of acting technique: clean verbal execution, accurate movement, the ability to work laughs, consistency, attention to detail and the all-important ability to relax and listen.

(It is important to note, comedy also requires comedic timing.  This, unfortunately, is not something that can be taught.  For the sake of this list, we will assume you start with some sense of comedic timing.)

Here are the five steps to acting for stage comedy:

Preparation is Rule Number One.  Nothing else matters if you don’t know your lines, your cues and where you are supposed to be.  Acting (well) takes a tremendous amount of dedication and there is no substitute for hard work.  There has got to be something inside that drives you through this grueling process because it’s no fun — you have to look to the end result.  You should spend so much time with your script that you literally start to resent it, hate it, call it filthy names.  You should feel like it’s taunting you, drawing you and repulsing you at the same time.  You’ve got to hate it so badly that you resolve within the core of your being to beat it into submission.  You do that by knowing it so well, there is no way it can ever surprise you or harm you again.  You are now its master.  It is now at your command and is ready do your bidding — bending itself to your every whim.

And that’s just the first part of preparation.  Once you have mastered the hate portion of the love/hate relationship actors have with their material, you can focus on the love.  You’re ready to have fun and explore the comedy of the script.

Remember, you must not only know your part, you must know the play as well.  Understanding the macro-rhythm of the play is as important as knowing the internal scene rhythms.  You must understand all of your relationships, your desires and how those things fit in with the other characters and the story itself.  Remember, the primary goal of any stage play is to tell a story in an entertaining way.  Know the story.

Now, you’ve put in the work.  You’ve mastered your part, you’ve rehearsed with the ensemble and now you’re ready to step on stage and be brilliant.  What do you need to do most, right now?  Relax.  If you’re wound up and tense, you’re simply not going to be able to execute to the best of your ability.  You’re not going to be able to stay “out of your head.”  (Being “in your head” is a recipe for disaster.  This happens when you are thinking about your performance rather than thinking as your character.)   Most importantly, when you are tense, you are simply not going to be very funny.  Actors who are “in their head” drop lines, are late on cues and are generally much more likely to flub-up the scene in some way.  You have to stay relaxed and focused on your job.

The ability to not be wound up like a top on stage is predicated upon confidence.  Confidence is only possible with preparation.  This is why preparation is number one — you have to trust that you know the material.

Stretch.  Do your breathing exercises.  Warm up your mouth (“wee-way-wah, wee-way-wah.”)  Get loose.  Think ahead.  Focus.  Think through your movements and transitions and reassure yourself you know what you’re doing.  When “places” are called, look the other members of the ensemble in the eye, give them a fist bump, tell them to “rock and roll” and, thereby, reassure them you are focused, pumped and ready.

Okay, “lights up!”   It’s your time to shine and knock the audience dead with your quirky beats and charming charisma.  But, not so fast… Remember, no man is an island.  Comedy lives and dies on rhythm.  If the ensemble cannot establish a comedic rhythm, you are in for a really long night.

Listening is often the most underrated (and underused) acting technique among inexperienced actors.  If you aren’t listening, you aren’t acting; you’re reciting.  Practically speaking, failure to listen is what causes actors lag their cues and destroy the comedic rhythm.  Listening to your scene partner is also the gateway to making your character’s response genuine and life-like. 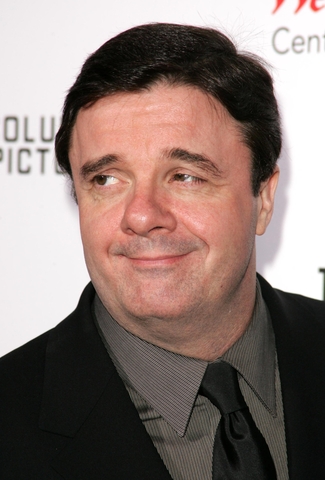 You’re really doing it now!   You’re relaxed, you’re focused, you’re listening and the play is humming right along to the dulcet sounds of a chuckling audience.  But still, you’re missing something.  It’s just not as funny coming out as you heard it in your head.  Why?  Well, probably because you’re not “owning it.”

Here is something undeniable about acting: it takes guts — big, huge, heaping piles of guts.  If you don’t have big, huge, heaping piles of guts, quit, because acting is not for you.  This cannot be emphasized enough.  If you don’t have the guts to make a fool out of yourself and be okay with it, no actor worth his or her salt will want to step on a stage with you.  You have to have guts.  Without guts, you can never “own” your performance.

What does it mean to own your performance?  It means to be totally in control and yet, totally letting it all hang out at the same time.  Owning your performance means being completely uninhibited, being 100% confident and having fun doing it.  It means executing the nuances of beats exactly as you want them because you’re just that prepared, relaxed, focused and confident.  It means sucking the marrow out of the play and giving it all up on stage.

Do you want to be great?  Learn to own it.  Step out there like were born on stage.  When you own your performance, nothing can throw you — not even making a mistake (which definitely happens to the best of them.)  When you are in control, the play is yours and there is no glitch you can’t overcome.

You have to drive a comedy.  There’s no room for passiveness.  You cannot let comedy come to you; you must go after the comedy and push it forward with energy.

Now, many people confuse the term “energy” with pace and volume.  While pace is vital to a comedy, a fast pace does not necessarily equal an energetic performance.  Conversely, a hushed section of dialogue delivered at a deliberately slow pace can be teaming with energy.  Energy is intensity.  Remember, there are no pauses on stage; there are only times when your character is listening or actively thinking instead of talking.  It is entirely possible to add more energy to a scene via intense, active listening than even delivering a line.

Attack also means bringing in new energy to the scene every time you enter.  When the ensemble attacks the show by continuing to add new energy on top of the previous energy, the comedy can truly build to its desired conclusion: an intense and satisfying climax.

In summary: To be successful in stage comedy, you must be dedicated, work hard and be prepared.  Learn to relax and focus.  Listen, listen, listen and, most of all, listen.  Own your performance and attack.  Pretty simple, huh?  (Well, okay, maybe not — but that’s why you’re special.)  All these concepts build upon each other, with the cornerstone being preparedness.  Now, go get ‘em, Tiger!