1. An Inspector Calls at Everyman Theatre.
“Everyman pulls out all the nuances of the script, making this production an edge-of-your-seat nail-biter.” – April Forrer.

Synopsis: The ultimate detective story, this gripping psychological thriller is the perfect cross between the worlds of Downton Abbey and Sherlock Holmes. The respectable Birling family is at home hosting a dinner party in honor of their daughter’s recent engagement, when an unforeseen knock at the door brings a sudden stop to the celebration. Enter Inspector Goole, who brings word of the unexpected death of a young woman. The questioning of each family member begins, dark secrets are uncovered and slowly the mystery surrounding the untimely death unravels. Filled with twists, turns and gasps, An Inspector Calls will leave you guessing until the very last moment! 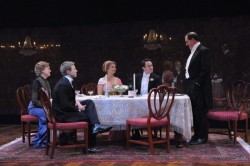 Synopsis: Composer Sergei Rachmaninoff once declared, “I try to make my music speak simply and directly that which is in my heart.” The new season begins with the romantic Rhapsody on a Theme of Paganini with Cliburn Competition winner Olga Kern. Plus, Marin Alsop conducts an orchestral blockbuster — An Alpine Symphony of Richard Strauss, composed at the very summit of the composer’s powers. Anna Clyne’s Masquerade, premiered at the London Proms by Marin Alsop, is a festive opening to these concerts — and the season! 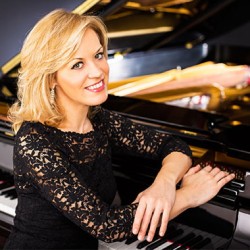 3. Caps For Sale: The Musical at Adventure Theatre, MTC.

Synopsis: “Caps! Caps for sale! Fifty cents a cap!” The cap peddler wears a huge stack of caps, balanced carefully on top of his head. Brown caps, blue caps, gray caps, and red caps. When no one buys a cap, he takes a nap under a shady tree. But, when he wakes up, the caps are gone! Was it bears, pirates, one thousand thieves or a band of merry mischievous monkeys? 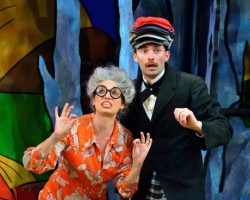 4. William Shakespeare’s Much Ado Do About Nothing at Chesapeake Shakespeare Company.

Synopsis: Beatrice rails against the roles expected of women of  her era. Benedick is just home from the war and not ready to be tied down.  And so they bicker: Who needs marriage? Much Ado About Nothing is Shakespeare’s romantic comedy about the war between the sexes.  A tragedy affecting their friends will test Beatrice and Benedick’s friendship, and the play is most beloved for their legendary chemistry and  verbal sparring.  If you love Downton Abbey, you’ll be thrilled by our season-opening production, set in England near the end of WWI with the music and dance of that era. 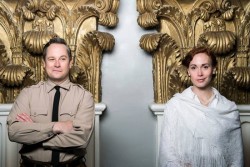 Synopsis: Friendship Betrayed, a comic masterpiece by Spanish playwright María de Zayas y Sotomayor about what happens to women’s friendships in the pursuit of men. It’s like a 17-century “Sex and the City” that could have been written yesterday. Director Kari Ginsburg sets Friendship Betrayed in the Roaring Twenties—a time when women had just won the vote and were giving their new-found sexual freedom a spin. 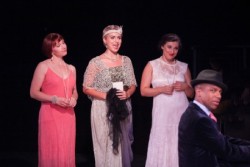