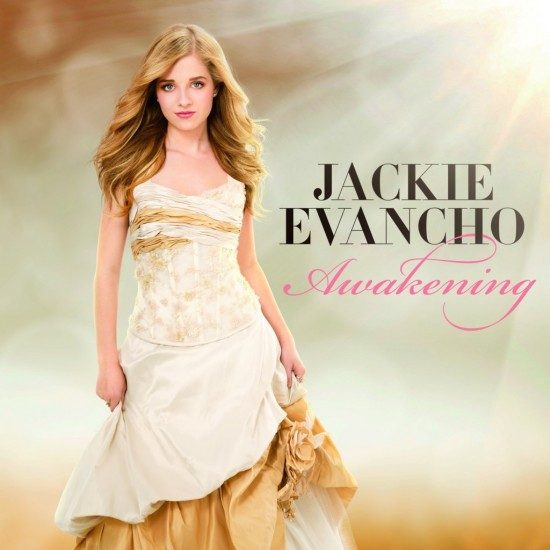 At age 10, Jackie Evancho, a young soprano from Pittsburgh, was the runner-up on NBC’s variety show “America’s Got Talent” where she wowed the judges with Puccini’s “O Mio Babbino Caro.” Now age 15, she is on tour singing songs from her third studio album, Awakening which was released on September 26, 2014.

Appropriately entitled Awakening, this album extends her stylistic reach with some contemporary song choices mixed in with the classical-crossover style of compositions that have made her known world-wide. Evancho relays that there were “no limits” thematically or otherwise on the songs that she and Sony Music Masterworks imprint, Portrait placed on repertoire, distinguishing Awakening from her previous two albums.

Awakening features her rendition of classical pieces, like Rachmaninoff’s “Vocalise” the hymn “Dormi Jesu” and the Vavilov version of “Ave Maria.” “I’d never sung Rachmaninoff’s ‘Vocalise’ before,” says Evancho. “It was fun for me because there aren’t any words to learn, so I could focus on the beauty of the music.”  Originally dedicated to soprano Antonina Nezhdanova in 1915, Rachmaninoff’s “Vocalise,” was written to be sung using any one vowel of the singer’s choosing. Here, Jackie chose the “Ah” vowel sound in which she achieves balance, brilliance, and yes, beauty.

Jackie takes a step forward in her maturity with the haunting folk song “The Rains of Castamere” from HBO’s hit series Game of Thrones as well as her version of U2’s “With or Without You.” Furthermore, Evancho sings several original songs including the anthem “Take Me There” and “Open Fields of Grace.”

“Some of these songs are more on the pop side, and have a little faster beat than the songs I usually sing – but it was really fun,” notes Jackie.

The first track on the album is the popular musical theatre piece “Think of Me” from Andrew Lloyd Webber’s Phantom of the Opera.  “That’s how it started for me,” says Evancho. “When I first saw the Phantom movie I was inspired by the way the actors sang and really wanted to try to sing like that too. Their passion must have got to me!” Easily one of my favorite tracks, this song features the exuberant Budapest Concert Orchestra and Budapest City Choir.  Her love of Phantom leads me to believe that there is the possibility of a musical theatre career ahead for Evancho.  She has done some acting for film, making her debut with Robert Redford in The Company You Keep in 2013.

As much as I enjoyed “Think of Me,” the song that is quite stellar is Ennio Morricone’s “Your Love.”  Evancho captures within the piece her trademark emotional intensity mixed with her finely executed vocal technique. This is the song on the album that will truly take your breath away.

After listening to the angelic voice of Jackie Evancho on her album Awakening, I left feeling a sense of renewed spiritual awakening.

READ Review from a previous tour:  Jackie Evancho ‘Songs of the Silver Screen Tour’ with BSO at Meyerhoff.