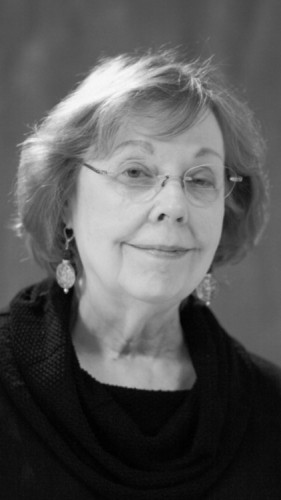 We’ve all thought thoughts that some would say are crude, politically incorrect, or just plain wrong. Most of us keep those thoughts in check before they become words. Some of us occasionally say what comes to mind, and some of us speak with no filter (Exhibit A, Presidential Candidate Donald Trump).

Any Given Monday, a black-hearted comedy by playwright Bruce Graham, opening November 6th at Greenbelt Arts Center, features such a character in the outspoken Mick, who goes to great lengths to right a wrong done to a good friend of his, Lenny, and displays a filter-free way of looking at the world and some of the crazy characters in it.

Any Given Monday also features Lenny’s wife Risa and daughter Sarah, who comes off as a Nancy Drew-like bystander\inquisitor to the outrageous goings on in this collar-gripping play. Director Ann Lowe-Barrett took a few minutes to talk about the play and what audiences can expect.

William Powell: Tell me about your latest directorial effort, Any Given Monday.

Ann Lowe-Barrett: This play is very different from the farces I’ve directed in the past. While it is a comedy, it is a very black one. You laugh, and then you hate yourself for doing so. It finds humor in really awful situations, like the Holocaust. And the relationships in this play are real, so the actors have to have what I call acting honesty. In a farce you can fake a lot of stuff; sacrifice a lot of realism for laughs. That’s not the case here. So it is challenging, and at the same time very rewarding.

WP: Does Mick typically say what the audience is thinking?

ALB: That would probably depend on the audience member. Certainly the playwright (Bruce Graham, by the way) wants to shock us by what Mick says and does. Some of the audience may heartily agree; others may be horrified.

ALB: Lenny is a highly moral person. His idol is a fictional character – Atticus Finch, from To Kill a Mockingbird. He strives to be like Atticus Finch in his dealings with other people, especially his family. That takes “nice” to a whole different level, beyond being polite and pleasant.

WP: Is Sarah the conscience of the play?

ALB: I think each of the characters represents the conscience of the play, each in a different way. The playwright doesn’t give us a conclusion that would indicate which is best. He leaves it ambiguous.

WP: What do you think caused Risa to stray?

ALB: The excitement of being pursued by a rich, handsome man. Also the predictable sameness of her marriage with Lenny.

WP: Do you think there are a lot of marriages out there that have run out of steam, like Lenny and Risa’s?

ALB: Let’s remember we are dealing with a work of fiction. I hear the divorce rate is high; I imagine there are a number of causes for that.

WP: What do you look for in actors?

ALB: Acting ability. That, and a physique that comes close to how I see the character.

WP: How would you describe your directing style?

ALB: My directing style is open and flexible. I want the actors and technicians to be comfortable with what I ask them to do. I encourage creativity and feedback. Sometimes I will have an idea about how a scene should go, and an actor has a different idea. We try it out. Sometimes their idea is better than mine, so we go with it.

WP: How do you guide actors toward your vision when they stray from it?

ALB: We talk about the scene, the character, and/or the relationship. Usually we are able to reach a consensus about the “right” way to do it.

WP: How do you choose plays to direct?

ALB: I read a lot of plays. I know what the requirements are as far as space available and technical capabilities. So I don’t choose plays with a lot of clunky scene changes. I know my own limitations – I don’t do musicals, for instance. And I choose plays that animate themselves in my mind while I am reading them. If I see it like a movie while I’m reading it, I know I can direct it.

WP: Any advice for beginning directors?

ALB: Take a university course in directing. Work with professors and directors whose work you admire, and shamelessly steal techniques from them. Start with something small and simple, like a one-act with just a few characters.

Lenny is a great guy: a good teacher, an excellent father, and a loving husband. So when his wife leaves him for a smooth-talking lothario who builds Walmarts, his life is shattered. While he consoles himself with watching his favorite movie, ‘To Kill a Mockingbird’, his best friend Mick takes matters into his own hands. Now Lenny must decide what he will stand up for and who he will stand up to. How far is too far to get back to happily-ever-after?

All shows start at 8pm unless otherwise stated. For reservations or more information call 301-441-8770.