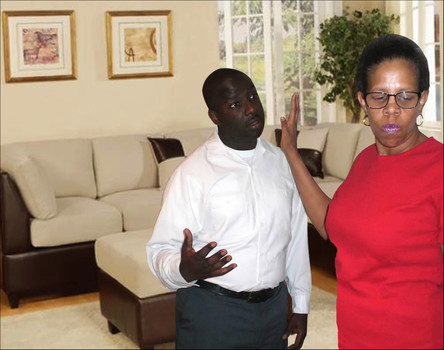 Fay Brake has brought stories to the stage, through acting and writing—bold stories, informational stories, amazing stories. Brake’s latest play Something’s Got to Give, is premiering at Shiloh Baptist Church of Landover, Saturday, November 7th, with Noon and 5pm performances (food included!). The Drama Ministry, which she heads up, will also be hosting an acting workshop, September 26th 9am to Noon. Attendants can expect to learn the basics of preparing to become a stage actor, including how to warm up, basic stage terminology, blocking, and how to play objectives.

I had the pleasure of seeing Man of the Year in 2014. It was a sexual orientation-coming-out story that is relevant to many of the stories seen in the news recently, including the Supreme Court decision in June that legalized gay marriage.

Fay’s works displays the power of theater to transform and inform. Fay stopped by to talk about what’s she’s been up to….

William Powell: You’ve got a play premiering at Shiloh Baptist Church of Landover in November. Tell us what it is about?

Fay Brake:​ A young man’s war with God and the things he must go through before witnessing first hand the awesome power of God.

WP: When did you first get involved in acting and directing?

WP: How long have you headed the Drama Ministry at Shiloh?

WP: Five years go by fast…what plays have you written?

WP: Wow, that’s quite a few plays. What themes do you explore in your plays?

WP: That’s quite a list, and relevant to many people’s lives. What kind of feedback have you gotten about your plays?

FB:​ All positive. The audience appreciates the fact that my plays (with the exception of Easter) address real life situations because they’re able to relate to the characters on stage. They enjoy the suspense and unexpected twist and turns that sometimes happens and I always leave them wanting more.​

WP: What shows have you directed?

WP: What’s been some of your favorite roles?

WP: What training have you done?

FB:​ I’ve not offered training as the Drama Ministry Director, but I have received training while in college and through Actors workshops. My skills are God given talents.​

Many performers spend days, weeks and months trying to answer the question, “how can I do this?” Time that could have been spent on goals is lost forever. The key to achievement is to move past the “how” and embrace the “do.” To that end, Fay has proven the proverb, “Don’t die with your music still in you.”

Synopsis: Unanswered prayers can sometimes cause a person to do un-imaginable things. A young man feeling defeated by man and betrayed by God feels led to do things which causes devastation at every turn before witnessing first hand the awesome power of God.