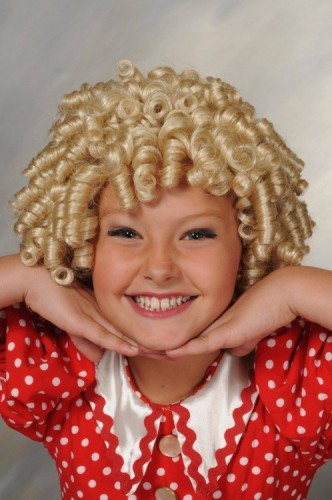 Dundalk Community Theatre kicks off its 42nd season with a little known gem of a show, RUTHLESS!  The Musical.  It is a campy cult favorite in which a talented child actor will do ANYTHING to play the lead in her school play.  The comedy is nonstop as the show spoofs such classics as Gypsy, Mame, The Bad Seed and All About Eve.  The show runs from October 30th to November 8th.  Individual tickets are $23 for adults, $20 for senior adults and $15 for students/DCT Actors/Children 12 and under.

RUTHLESS! is a 90 minute hilarious romp through the world of Broadway, child acting, parenthood and unbridled ambition.  The original production in 1992 stared Laura Bell Bundy (Legally Blonde) and she was understudied by Natalie Portman and Britney Spears. It won the 1993 Outer Critics Circle Award for Best Off-Broadway Musical.  The show was revived again this year off-Broadway.

Show times are at 8 p.m. Friday and Saturday – October 30th – November 8th in the John E. Ravekes Theatre, K Building.  Please note the first Sunday show is 3pm and the closing performance will start at 1pm. For tickets and information, call 443-840-2787.  Patrons requiring special accommodations are urged to notify the Box Office at least two weeks in advance. The CCBC Box Office between 10 a.m. and 3 p.m. Tuesday through Friday, or visit online.

This is a self-post news article.