Concert Review: An Evening with Paul Brady at Jammin Java 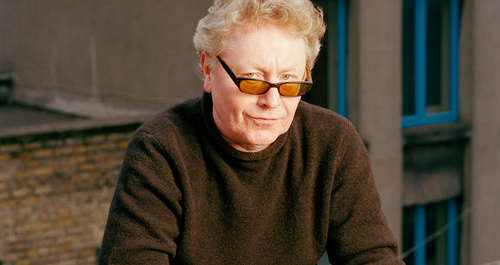 On a crisp Veteran’s Day evening, famed Irish singer-songwriter Paul Brady is warmly greeted by an enthusiastic crowd that fills Jammin Java to capacity. On the penultimate date of his first tour of the USA in two years, Brady proceeds to play a solo set alternating between blistering rock, ethereal pop, and traditional Irish folk throwbacks.

Brady is on top of his game. At an energetic 68 years young, Brady shouts, yells and foot-stomps his way through his set, proceeding through 40 years of catalogue. He uses two guitars (one open-tuned), and a Roland keyboard. One song is brand new; another comes from his 1976 album with Andy Irvine. He peppers his set with personal anecdotes of song histories and touring that cover his entire career, all delivered with a strong sense of humor. He needs to get “Arthur McBride” out of the way early, he reports, to stop people from requesting it. “Sometimes,” he adds with mock annoyance, “someone will request it two songs after I’ve played it!”

Before the show, I notice Brady’s Facebook page proudly displays the moment the previous evening when he meets audience member Harry Belafonte. His ardent fan base includes Bob Dylan, who took Brady’s arrangement of “Arthur McBride” and recorded it for his own 1992 album, Good As I Been To You.

Brady began his career in the late 1960’s performing traditional folk music. He joined a critically acclaimed Irish folk group, Planxty, in 1974, and later made an album with band mate Andy Irvine that is regarded as one of the best traditional folk albums ever recorded. Andy Irvine and Paul Brady contains that famous version of “Arthur McBride.” Within 5 years, Brady had left traditional folk behind, and began writing material that placed on albums by Tina Turner, Cher, Bonnie Raitt, and other prominent artists. If you never knew of his revered status as a trad folk guitarist, you might still be impressed at the career that followed. Hard Station (1981) was Brady’s first record featuring his own contemporary songs. On this night, he performs several cuts off of it.

Brady’s next release, out already in the UK but slated for release later this month in the USA, will be a live CD entitled The Vicar St Sessions Vol. 1. It features an impressive guest list, including Van Morrison, Mark Knopfler, Bonnie Raitt and Sinead O’Connor.

Although it wasn’t on his set list, Brady finished the show with another traditional folk favorite from his early days, “The Lakes of Pontchartrain.” A man had shouted that request, followed by a female, who countered “Just play whatever you want, Paul!” He laughed. “Women are always so much more reasonable.”