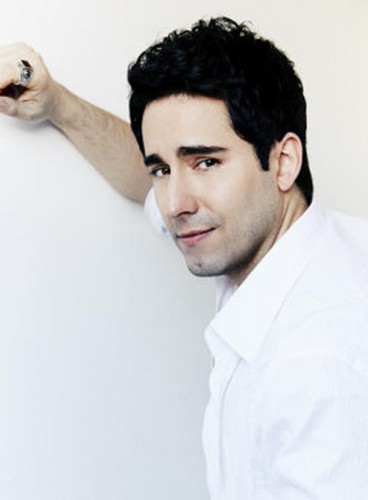 The Tony-winning smash hit Jersey Boys – based on the life of Frankie Valli and The Four Seasons – is still running strong. It just celebrated its 10th year and is currently the 12th longest running musical on Broadway. John Lloyd Young not only originated the role of “Frankie Valli,” but he was also the only American actor to garner the Tony, Drama Desk, Outer Critics Circle and Theatre World awards for his Broadway debut.

Young returned to Jersey Boys in 2013 for a limited engagement, and made his West End debut in 2014 with the London production. Last year, he also reprised the role in Clint Eastwood’s attempt to bring Jersey Boys to the big screen. Unfortunately, the film had mixed reviews, proving how challenging it is to capture the magic of a live, stage musical.

You don’t have to be of a certain age or fan of  ‘Jersey Boys’ to appreciate the vocal artistry of John Lloyd Young. There are no tricks or special effects, just pure musical talent.

Washington locals and loyal fans of Young (many of whom came from all over the country) experienced a special evening this past week when he made his solo debut as part of Barbara Cook’s Spotlight Series. In 2103, he was appointed by Barack Obama to the President’s Committee on the Arts and Humanities so it seemed fitting that he had finally returned to the Washington area for a performance at Kennedy’s Center’s lovely, intimate Terrace Theatre. Typically performing 90-minute concerts, Young treated the audience nearly two hours of great music.

Sometimes Broadway musical actors don’t transition well to pop arena but in this instance, Young chose to explore music that evolved with the first wave of baby boomers as they came of age and the teenager began to drive pop culture. Teenage love and all its romantic angst came to the forefront as doo-wop, R&B and soul helped to integrate the music of African American singers and songwriters into the mainstream music scene alongside rock ‘n’ roll. Young’s selections spanned three decades, from the 50s through the 70s, and suited his considerable talent as a vocalist.

Young opened with what is often considered one of the biggest moments in Jersey Boys – “Can’t Take My Eyes Off Of You.” Later, at the suggestion of one of his most loyal and long-standing fans, he performed another Seasons’ song, a sing-along of “Sherry,” which was a huge hit with the audience.

He followed with a wonderful series of songs that mined gems of the doo-wop era. They may not have been all familiar to many but they were all chart-toppers of their time, spotlighting pop music that isn’t often performed today. The songs showcased Young’s amazing range, including the falsetto that won him the role as Valli.

John Lloyd Young began with “My Prayer,” a huge hit for The Platters that went to #1 on the Billboard Top 100 in 1956. It was followed by another classic, “For Your Love (I Would Do Anything)” written and recorded by Ed Townsend in 1958.” “Hurt” was a hit in 1961 for Timi Yuro, ground-breaking for a female performer as she is often considered one of the first blue-eyed soul singers. “Only You” is considered one of  The Platters’ biggest hits and during “In the Still of the Night” (made popular by The Five Satins),Young delighted his fans by going into the audience, giving – and getting – hugs and kisses.

He then kicked into more blue-eyed soul of the 60s with “Ebb Tide” by The Righteous Brothers. (Later, the audience was treated to the group’s signature hit, “Unchained Melody” and Young was rewarded with a standing ovation.) He followed by a song made popular by Little Anthony and the Imperials in 1965, “Hurts So Bad.” Lenny Welch was known primarily for one hit in the 60s but it was a doozy – “Since I Fell For You.”

Among the delightful surprises was “Just One Smile,” recorded by Dusty Springfield (and written by Randy Newman) in 1969, after which Young received another standing ovation. It was followed by an unreleased Roy Orbison song – a precursor to “Cryin’”– called “Say No More.” While studying Mandarin, Young came across a 1973 Chinese film considered comparable to our Love Story. He sang its theme song in Mandarin and, as he had hoped, the music transcended language.

Young dedicated The Beatles’ song “Baby I’m Amazed” to his audience for which he repeatedly expressed his gratitude and support. Throughout the performance, he was charming, thoughtful and funny in between songs as he interacted with audience members. It is clear that Young is very appreciative of his fan-base and took time thank many of them.

He also introduced a few contemporary tunes such as the unreleased “You Take My Faith Away,” written by the legendary songwriter and producer, Dennis Lambert. He also sang a song composed by his music director and keyboardist, Grammy-nominated Tommy Faragher. The two co-wrote “Alone Together” and Faragher also supported Young on backup vocals. A trio of seasoned D.C. musicians on drums, bass and guitar completed the mighty little band.

As expected, the audience leapt to its feet with thundering applause and Young returned for an encore of two songs – Mel Carter’s 1965 hit, “Hold Me, Thrill Me, Kiss Me” and a unique rendition of Bachrach/David’s “A House Is Not a Home.” You don’t have to be of a certain age or fan of Jersey Boys to appreciate the vocal artistry of John Lloyd Young. There are no tricks or special effects, just pure musical talent.

John Lloyd Young performed at the John F. Kennedy Center for the Performing Arts, November 20, 2015. For further information on the Barbara Cook Spotlight Series and other events at the Kennedy Center, visit online.