‘A Quick 5’ with Caroline Hewitt 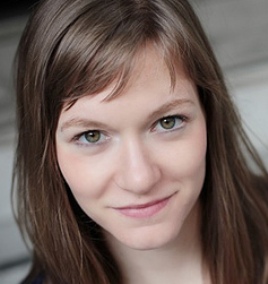 Caroline Hewitt is currently making her Arena Stage debut in The City of Conversation in which she portrays the strong willed Anna Fitzgerald.  Recent area credits include Baltimore’s Center Stage in Twelfth Night and The Rivals. Other recent regional credits include Tamburlaine the Great (Theatre for a New Audience),Warrior Class (Alley Theater), John Doyle’s The Caucasian Chalk Circle (American Conservatory Theater) and Arcadia and The Winter’s Tale (Chautauqua Theater Company). Caroline was recently seen on video as Mary Lou in the David Bowie musical Lazarus at New York Theatre Workshop. She majored in French at Vassar College and received her M.F.A. in acting at American Conservatory Theater. Her translations and adaptations include Rose: The Australian Night and Howards End. She is a founding member of The (Blank) Space acting collective.

Caroline’s character comes into a family with very strong political opinions and are the opposite of hers. This conflict creates much of the tension in the play. Caroline’s performance is one of tenacity and strong will and one you remember after you leave the theatre. This is the mark of a talented and quite remarkable performer.

You have until March 6th to catch Caroline and a superb cast in The City of Conversation. Caroline’s performance and the play itself will leave you having your own conversation and that is what good theatre should do. Welcome to D.C. Caroline. Hope you come back again soon.

I was interested in performing as far back as I can remember, but I’m not sure why exactly. I do remember that in fifth grade I tried out for Alice in Wonderland at school, and was cast as Alice, and in sixth grade I tried out for a professional production of Winnie the Pooh, and got cast. So, it was a huge delight, and surprise, to me that something I loved doing also happened to be something other people thought I was good at.

Can you please tell us a little bit about The City of Conversation and who your character is in the piece?

The play centers on Hester Ferris, a Georgetown hostess.  The first act is set in 1979. Hester’s son Colin and his new fiance, Anna, come home from abroad and express a conservative point of view that feels like a betrayal to Hester’s liberal perspective. The second half takes place in 1987 and in 2009 and continues the story of how Hester’s relationships to her son, daughter-in-law and grandson develop because of their divergent views.  I love playing Anna–her politics are very different from mine, and I’ve found it incredibly rewarding to approach that point of view with compassion. 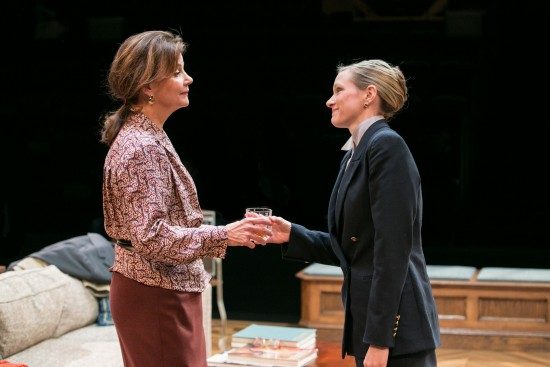 You worked with director John Doyle on The Caucasian Chalk Circle at American Conservatory Theatre. Can you please tell us about your experience working with Doyle?

I have rarely felt as trusted as an actor as I did with John!  He believed in all of the actors so deeply and we reciprocated that trust. I found myself feeling totally confident on stage doing things that in other situations would have been terrifying–singing, playing an instrument.  And that was a great lesson–to start from a place of deep confidence in myself and my collaborators.

How did you get into translating and adapting plays?

When I worked at a theater in Paris, Theatre Ouvert, which also publishes contemporary French plays, I connected with playwright Noelle Renaude.  I was inspired to translate her play when she told me that the narrative of the play was less important to her than the soundscape the words created.  I find translating and adapting pretty similar to acting–interpreting someone else’s work in a way that is satisfying to myself and true to what they intend.

What is next for you after The City of Conversation concludes?

A weekend in upstate New York workshopping my adaptation of Howards End!  I’ve turned the novel into a play for three actors, so two other actors and myself will hole-up in a country house on Lake Lucille and work with our spectacularly talented director Jessie Austrian (one of the Artistic Directors of Fiasco Theater) as we move towards finding a place for it to be produced.  I’m really looking forward to it!