‘A Quick 5’ with JaBen Early 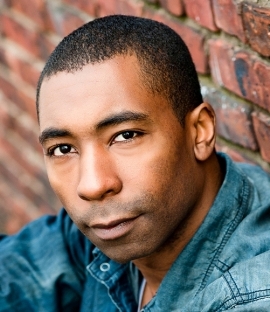 JaBen Early is currently playing the role of Hero in Round House Theatre’s epic production of Father Comes Home from the Wars (Parts 1, 2 & 3). His performance is as epic as the production itself. JaBen’s previous DC area credits include Julius Caesar at Folger Theatre, The Piano Lesson at Olney Theatre Center, Civilization: All You Can Eat and The Convert at Woolly Mammoth Theatre Company, Me and the Devil Blues at Flying V and Ruined at Arena Stage. Regionally he has performed in The Convert at Marin Theatre Company and We Are Proud to Present a Presentation About the Herero of Namibia, Formerly Known as South-West Africa, From the German Sudwestafrika, Between the Years 1884-1915 at InterAct Theatre Company.

Father Comes Home from the Wars (Parts 1, 2 & 3) is the kind of show that if performed with a lesser cast could be a crashing bore. The play runs nearly three hours, but you wouldn’t know it. JaBen’s performance is a big reason why the show doesn’t feel long at all. His portrayal of Hero is one of the best performances I’ve seen so far this season, and I see many shows in a year. The production is extended through February 28th so you have roughly a week and a half left to catch JaBen and an extraordinary cast in Father Comes Home from the Wars (Parts 1, 2 & 3) at Round House Theatre. It’s one of those evenings where everything just lines up perfectly and with JaBen’s stunning performance at the center of it all, it’s an night of epic theatre presented in the finest way possible.

Who do you credit with getting you interested in performing?

My parents, they took me to plays often. I met August Wilson at a performance of Two Trains Running one night, those experiences and my teachers who encouraged me set me on this path.

Can you please tell us about Father Comes Home from the Wars (Parts 1, 2 & 3) and the characters you portray in the production?
I play Hero, a slave conflicted with a huge opportunity and trying to understand his existence; what freedom is, what self worth is, what agency is. 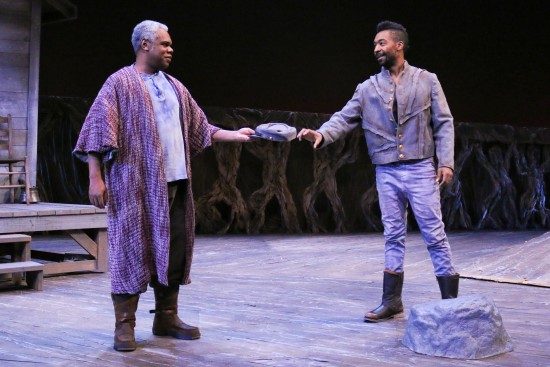 As a performer, what are your favorite kinds of roles to play?

I like roles that deal with the hard truths of life, that explore the dynamics of our culture and that question the status quo.

What is the best thing about performing the words of Suzan-Lori Parks?
She is a genius. The issues she explores are deep, cavernous, but she balances all her works with humor. She provided uncomfortable laughs and stirring chilling moments.

What is next for you after Father Comes Home from the Wars (Parts 1, 2 & 3) concludes its run?

I’ll be playing Stokely Carmichael in All The Way at Arena Stage.