Dance Review: ‘The Sleeping Beauty’ by Ballet Theatre of Maryland at Maryland Hall for the Creative Arts 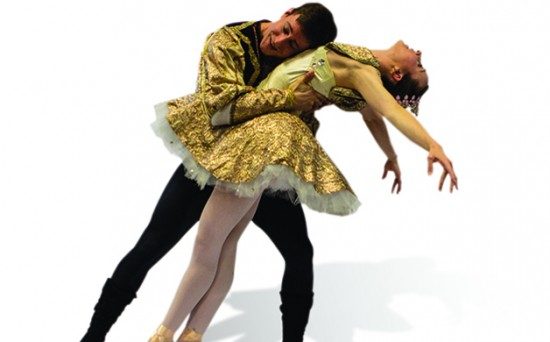 ‘The Sleeping Beauty’ at Ballet Theatre of Maryland. Photo by Nick Eckert.

Who else but Dianna Cuatto, the Ballet Theatre of Maryland’s Artistic Director, could make a three hour ballet seem like a short dream that you never want to end?

For one weekend only The Sleeping Beauty was performed at the Maryland Hall for the Creative Arts in Annapolis.  Believe it or not, this is the first time the BTM has produced this classic by composer Peter Ilyich Tchaikovsky.  They have already produced numerous times Tchaikovsky’s other two ballet’s, The Nutcracker and Swan Lake.

In case you missed the performances at MD Hall, you can still see the production of The Sleeping Beauty on Saturday, March 19th, 7 p.m. at Modell Performing Arts Center at the Lyric.

Who else but Dianna Cuatto, the Ballet Theatre of Maryland’s Artistic Director, could make a three hour ballet seem like a short dream that you never want to end?

Everyone knows the story of The Sleeping Beauty.  You know, the story about the beautiful princess who pricks her finger on spindle poisoned by Carabosse, the Evil Fairy.  Princess Aurora sleeps for 100 years until a kiss from a handsome prince awakens her and breaks the spell and they get married and live happily ever after.  Yes, it takes three hours to tell the simple story, but it does so in a way that only ballet and classical music can.

From the original 1890 choreography by Marius Petipa, BTM utilizes the dances from the fairy solos and his Rose adagio.  Cuatto adds her hand as choreographer to the rest of the dances.

In Cuatto’s version, she wanted the Prince to have to earn the love of the Princess, so instead of just kissing her, the Prince has to battle a fire-breathing dragon, skeletons, thorns, and the minions of the dark fairy.  This addition to the story adds much delight, excitement, and intrigue.

The cast was a blend of professional dancers mixed with well-trained students, presumably from the ballet company’s prestigious dance school.

The Rose Adagio, the pas de deux in Act I,  Nicole Kelsch as Princess Aurora executes with strength and beauty one of the hardest pieces of choreography to perform. It was a joy to watch as Princess Aurora, supported by cavaliers, come one by one, to balance on one leg in attitude (an arabesque with the leg bent). Princess Aurora holds onto the hand of one cavalier, and when she’s ready, she lets go. For me, the drama of watching Kelsch execute The Rose Adagio was more thrilling than any football game could ever hope to imagine.

And let me make a point that for any person that believes that men performing ballet are not masculine, I challenge you to try executing any of the difficult lifts and jumps, all while acting controlled and in character.  Ballet is not just an art, it is a sport that requires strength, endurance, and discipline.

Alexander Collen had all the qualities of a real handsome prince.  His performance as Prince Edward was warm, caring, strong, and smart.  This made the love between the princess and the prince all the more believable. Collen’s jumps were so high they seemed to reach the ceiling.  Then with much strength he would lift the Princess high into the air and then swoop her down nearly to the ground to the delight of the audience.

Alyssa Johnson-Taylor had the difficult task of appearing scary and mean as Carabosse, the Evil Fairy, all while not overdoing as to frighten little children.  My favorite moments of her performance were her silent evil laughs and eye expressions.

The scenes with the fairies were some of the most enjoyable moments of the evening.  They include Gaia Rappaport as The Amethyst Fairy, Gift of Wisdom and Neutralizing Negativity, Emily Brennan as Topaz, Gift of Intelligence, Elizabeth Fittro as Emerald, Gift of Compassionate Love, Jillian Conjura as Sapphire, Gift of Self Expression and Communication, and Eve Holmes, Diamond Fairy, Gift of Light and Purity.  All not only executed the dances well, they also each had their own spark and character.

I must admit having a recorded soundtrack for the ballet is not ideal, but these days the performing arts are struggling to stay alive and not too many ballet companies utilize a live orchestra anymore.

Overall, Cuatto and the cast and crew of The Sleeping Beauty are to be commended for their efforts. The smiles on the cast throughout the ballet were infectious, making the audience smile as well to Tchaikovsky’s classic that certainly put the audience into good spirits, not to sleep as the Evil Fairy would have wanted.

The Sleeping Beauty played through February 21, 2016 at Maryland Hall for the Creative Arts – 801 Chase Street, in Annapolis, MD.  The Sleeping Beauty will perform next on Saturday, March 19th, 7 p.m. at Modell Performing Arts Center at the Lyric.