‘A Quick 5’ with Delia Taylor 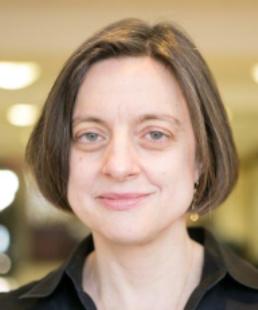 Theater J’s Associate Producer Delia Taylor has four sides to her. The first three are what you probably already know if you have been around DC theatre the past 25 years.

The first is what you see onstage. Delia is an accomplished actress appearing in many productions at WSC Avant Bard (Washington Shakespeare Company for you old timers) such as Happy Days and Medea and at Round House Theatre in Who’s Afraid of Virginia Woolf. As a director her work includes Sleeping Arrangements and There Are No Strangers at Theater J and most recently Frozen at Anacostia Playhouse.

The second is her offstage day job as Associate Producer at Theater J. She has been in the position for twelve and a half years. Her jobs includes “fun” stuff like dealing with actor contracts, scheduling, dealing with crazy stage techs like me and other things that most performers try to steer clear of. Think of it as a Production Manager position with other things thrown in. I am sad to announce that as of this Sunday, Delia is retiring from her position and is making a life change as she will be moving to Portland, Maine to join her wife Rebecca. I will address what this means for all of us a little more ways down.

The third side is that Delia is a fantastic teacher. For many years she served on the staff of Theatre Lab School of the Dramatic Arts. There she co-directed several shows with her mom Debbie as part of their Creating a Role Class. These productions include August :Osage County, Our Town, Long Island Sound, Othello, The Way of the World and The Man Who Came to Dinner. She also taught Beginning Scene Study and Auditioning, The Business of the Business and was an adviser to the honors students as well as being a part of  Theatre Lab’s reading series in conjunction with Theater J.

The fourth side is what everyone needs to know about Delia. She is a beautiful person. Delia has done more for me professionally than I imagine most people in her position would have. Not many people would jam me into a Prius with a broken foot so I could continue to work as her sound designer on Frozen. Not many people would take a chance and rehire me after having to let me go on a project. In that case, she actually did me a favor. I guess I’m trying to say that there is a personal touch in working with Delia that is so appreciated. She sees through all your faults and working WITH, not for, Delia Taylor is a part of my career I will always cherish and remember. Her moving out of the area after 25 years is a huge loss to this community. As the word goodbye is too final for Delia, I’ll just say “Until next time my friend. Thank you for everything!”

At what age did you know you were going to do something in theatre and what was the defining moment where you said “I want to do that?”

My mother ironed and listened to opera while I played as a wee lass; when Rodolfo cried out “Mimi!” at the end as the music swelled, I asked why and when she told me apparently I burst into tears. I guess that was the earliest indication that drama came naturally. When I got to play the Scottish queen in sixth grade–I don’t recall how the teacher handled “unsex me here”–I knew I wanted to do more of that.

Can you please tell us how you came to Theater J?

Ari Roth offered me production work over 12 years ago and around that time Ari’s sister in upstate New York suggested to her child’s nanny, a Purchase theatre design graduate named Rebecca, that she apply for an internship at Theater J. Rebecca got the gig and stayed in DC to become my lawfully wedded wife. So thanks to the Roth family, I found my professional and personal homes.

You recently retired from being on staff at the Theatre Lab School of the Dramatic Arts. What are a few of your proudest moments from your years teaching at Theatre Lab?

Directing teens in the musical Urinetown was the most humbling, co-teaching performance courses with my mother the most rewarding and being told by one of Theatre Lab’s founding directors, Buzz Mauro that I have the soul of a teacher is the highest praise I could ever receive.

Of the many productions you have either directed, acted in or produced at Theater J, can you please pick a few that would stand out as favorites?

Directing Jeanette Buck’s There Are No Strangers, a one woman play with Holly Twyford was one of my happiest collaborations. Working with Halo Wines, Paul Morella, and Tessa Klein on another new play was a treat. Going on as understudies with TJ TD Tom Howley in the roles of a Chekhov couple played by real couple Brian Hemmingsen and Nanna Ingvarsson was delightfully frightening. Producing a season with the brilliant women at Theater J under the artistic leadership of Shirley Serotsky was a highlight. Falling Out of Time is the most challenging and worthwhile project for me to make my Theater J exit upon.

After being around DC theatre for 25 years, you will soon be moving to Portland, Maine. What will you miss the most about being a part of the DC theatre community?

The lovingly supportive and creative meeting of minds. Thank you, Elliot, for this opportunity to reflect on my career here.