‘A Quick 5’ with Emily Landham 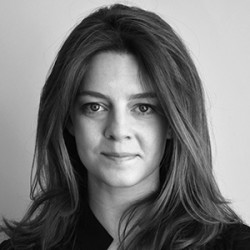 Emily Landham is currently portraying the complex and conflicted Niamh Lynch in Studio Theatre’s excellent production of Moment. The production marks her Studio Theatre debut. Some recent stage credits include Rosalind in As You Like It, Juliet in Romeo and Juliet, and Perdita in The Winter’s Tale at Nashville Shakespeare Festival; Annie Sullivan in The Miracle Worker and Shelby in Steel Magnolias at Studio Tenn; Gwendolen Fairfax in The Importance of Being Earnest and Annie in All My Sons at Nashville Rep; Julie in Christmas is Miles Away at Babel Theatre Project; and as an understudy for Slippy Helen in The Cripple of Inishmaan at Atlantic Theatre Company. Emily’s big and small screen credits include: Desolation, Chasing Ghosts, Closer to God, Season of Miracles, Still the King, Tempo and The Game plus commercials for Toyota, Zaxby’s, Captain D’s, State Farm, and Dollar General. She is an NYU Tisch School of the Arts honors graduate and a member of the Wynn Handman Studio. She resides in Nashville, TN and is the co-founder of the social enterprise BRANDED Collective.

I see a lot of theatre in a year and Moment is one of those shows I got really excited about afterwards. Emily’s performance was a big reason for my reaction. To play the kind of character that Niamh is and make you care about her is a big accomplishment. If you have to choose among all the great theatrical offerings that are out there, I urge you all to take in Emily Landham’s performance in Moment. It’s a show that will certainly make you think and that is what good theatre should do. Emily Landham and company get many kudos from me and I imagine you will be giving praise of the highest order too.

What got you interested in performing and what was your first paid job as a performer?

I love make-believe and pretend. Dress-up has always been my favorite game. I reckon I’ve never grown out of that. There’s something magic about stories. They dare me to be brave and foolish, to look at and laugh at myself. This I suppose is why I perform. But I’m sure tomorrow I will say something different.

I believe my first AEA gig was Perdita in A Winter’s Tale at the Nashville Shakespeare Festival. I was playing opposite some of Nashville’s most gifted professionals and could not have been more thrilled with the opportunity. That first gig with a paycheck is one to always be remembered!

How do you best describe your character in Moment and can you also tell us a little something about the show itself?

To be frank, I cannot describe Niamh. Nor do I think she would like to be described. I’ve never been good at describing any of my roles. And I will be the first to confess I’m no good at talking about plays either. To me, acting (and playing a role) is a sport. It is something I find on my feet; not something I can catch or hold or define. Niamh is no exception. Deirdre Kinahan, the playwright, has written in Niamh a woman that terrifies and excites me. The kind of role you read and think to yourself, “Well, this is either sink or swim.” Then… you dive in. I’m reluctant to say more than that. I’m quite horrid at academic conversations about acting or plays (or anything). I am no scholar. Just a perpetual kid playing make-believe. 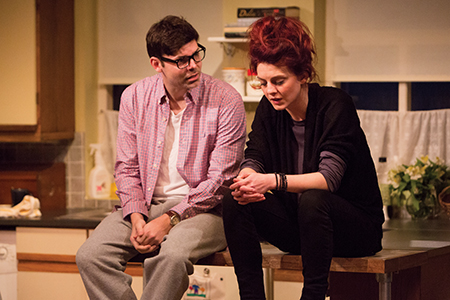 Most actors choose to make NY, LA or Chicago their theatrical home. You live and work a lot in Nashville TN which we don’t necessarily think of as a theatre town. What made you choose Nashville as your home base over another US city?

I have co-founded a social enterprise based in Nashville called The BRANDED Collective . We are doing some very exciting work to empower survivors of human trafficking. For now, living in Nashville is important to the work we’re accomplishing. Do visit our site, we’d love to have you join the BRANDED family!

(Also, there are more trees than people in Nashville so for an introvert this makes it a wonderful city.)

For audience members that think Moment is just another dysfunctional family drama, what would you say to convince them to come see this wonderful play?

Tough question. If I met someone who needed convincing to come see this play (or any play), I’d leave them alone. I hate convincing people of anything. I prefer to judge them quietly. To each his own. But, it would certainly be their loss. Ethan McSweeny’s direction, Deirdre Kinahan’s writing, and this cast’s ensemble electricity is a thrill to watch. Hell, I see the show 8 times a week and it surprises me with something new every time. Every time.

After Moment closes, what is next for you?