‘A Quick 5’ with J. Mallory McCree 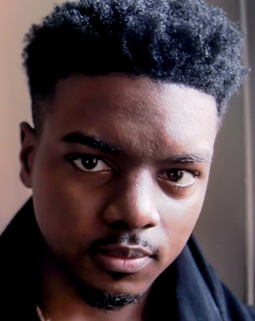 You are probably looking at J. Mallory McCree and asking “Hmm, where have I seen him before?” Well, if you were lucky enough to see Marcus; or The Secret of Sweet at Studio Theatre a few years back then you might remember J. Mallory as the title character. If you are an avid watcher of ABC’s Quantico then you know him as Charlie, the troubled son of Assistant FBI Academy Director Miranda Shaw. However, if you only know J. Mallory McCree from just those two things, then you are missing out on all of his other terrific accomplishments.

His stage credits include the black history play Colored People’s Time with NYC’S legendary Negro Ensemble Company. He also understudied the role of Young Collector in Streetcar Named Desire on Broadway. He never got to go on but if you got to watch actors like Blair Underwood from the wings nightly, wouldn’t you be happy to understudy? Other stage credits include Zooman and the Sign, Milk Like Sugar, When January Feels Like Summer and Samuel J. and K.. Select film credits include Black Nativity, The Last Keepers and From Nowhere. Besides Quantico, J.Mallory’s other TV credits include Code Black, Law & Order:SVU, Blue Bloods and The Chosen.

I met J. Mallory at NEC while stage managing their travelling theatre production of Edna the Otter. You can tell some people just have it on first sighting? J. Mallory was one of those performers that I knew something good was going to happen for. We later worked together on Colored People’s Time, which was directed by NEC’s Artistic Director Charles Weldon. I am extremely happy that he has done so well for himself and that America gets to see him in action. Here’s hoping you get to see him a little bit more on Quantico this season. Judging from the last episode, it’s a question mark but that show has so many twists to it, you never know. J. Mallory McCree is a truly gifted performer. Can’t wait to see what’s next for him.

When you started out performing, was your ultimate goal to work in TV or were you just aiming to be a successful stage actor?

My ultimate goal was to be a successful actor period! It did not matter what medium, I just wanted to tell stories and be great at it. I love all facets of acting, however I quickly learned the best actors came from the stage, which is why I trained classically and began my career in the theatre.

Where did you train and with who were some of your teachers?

I trained at Rutgers University, Mason Gross School of the Arts. As part of our program, I spent a year developing at Shakespeare’s Globe Theatre in London, England. The well respected Mike Alfreds was my professor along with Glynn MacDonald, one of the most prolific teachers of the Alexander Technique. 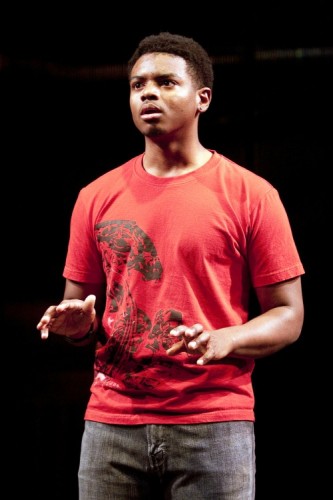 J. Mallory McCree in Marcus; or The Secret of Sweet at Studio Theatre. Photo by Scott Suchman.

I worked with you twice in NYC at Negro Ensemble Company. How did being directed by NEC legends such as Erik Kilpatrick and Charles Weldon help you to prepare for what was ahead of you career wise?

What was great about working with Erik and Charles is that it filled a void that I lacked from my training in college. As most programs focus on techniques developed primarily by white men (Chekhov, Meisner) and spend a great deal exposing us to white Playwright’s who are considered the masters (Ibsen, Tennessee Williams, Brecht) so often times the students of color are not exposed to the master Playwrights of their own culture. Erik and Charles were phenomenal in exposing me to such greats as Charles Fuller, Ed Bullins, Douglas Tuner Ward, etc. NEC helped me tailor my classical skills to those stories and experiences that resonate with me as a black artist.

What are some of the biggest differences between working on a TV show like Quantico and working onstage?

One of the biggest differences is the style of performance. Television requires specific subtleties that are complimented by the camera. Adversely in theatre, the audience is as much apart of the performance as the entire cast, creating a more dynamic and expanded energy.  Another major difference is character development. In television, actors receive new scripts week to week never knowing what’s going to happen to their character, thus forcing the actor to consistently make strong, brave choices knowing they can never go back.  Theatre allows actors to live with their character and that specific arc months at a time, learning and growing with each performance.  There is beauty in both art forms, which is why I am grateful to have the training to tackle each. 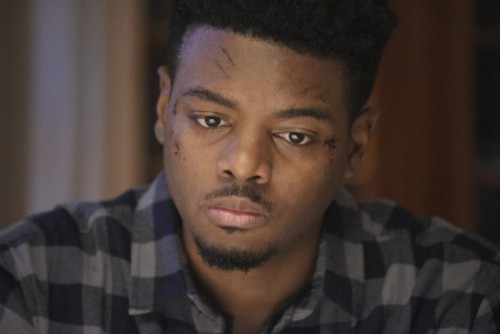 Are you still interested in performing onstage or has the TV bug gotten you for the long haul?

I will always have a love for theatre and continue to look for the right opportunities. I enjoy TV but as stated earlier the best actors do come from the stage. I would like to continue perfecting my craft on stage and having that in the moment response from the audience. However, TV does keep the rent paid!!!