Concert Review: ‘Johnny Mathis’ at the Music Center at Strathmore 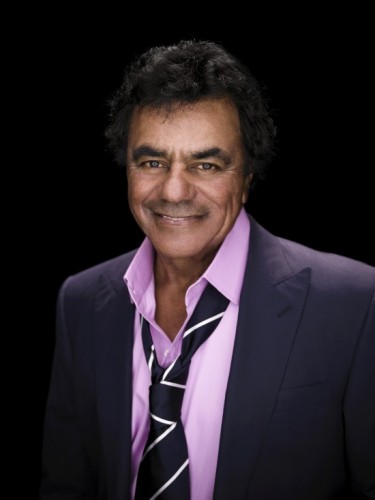 Many words can be used to describe legendary singer Johnny Mathis but I think the best one might be longevity. He has been performing for 60 years, has 68 albums to his credit and at age 80 he still sounds as good, if not better than he did on his original recordings.

His concert presented at the Music Center at Strathmore this past Wednesday evening was exactly what fans have come to expect from Johnny Mathis. It featured plenty of his hit songs such as “Chances Are,” “Misty,” and “It’s Not For Me To Say.” The bigger point here is that a Johnny Mathis concert is presented in  a way that you don’t see with many of the modern day touring acts. His concerts puts us back in a time when acts like Steve and Eydie and Frank Sinatra were performing. Those acts always presented themselves in the classiest of manner. With the exception of Tony Bennett, Johnny Mathis is the last of that era of performer.

I’ve seen Johnny Mathis 4 times over the years and his concerts never disappoint. That’s the mark of a true artist. Wonderful, Wonderful indeed!!

A few of my favorites from the evening included a haunting version of “Shenandoah” and a killer medley of Henry Mancini tunes comprised of “Two for the Road,” “Charade,” and “Days of Wine and Roses.” On the up tempo side, hearing Mathis perform anything Brazilian is always great so “Mas Que Nada” and “Brazil” definitely were two other high points of the evening.

I said before that going to a Johnny Mathis concert is like stepping back to another era and two other instances illustrate this point. The first is that Johnny Mathis had a 25 piece orchestra behind him comprised of his main rhythm section plus eleven strings, six reeds plus horns all under the direction of 25 year Mathis veteran John Scott Lavender. When was the last time you saw a 25 piece orchestra at a pop singer’s concert? Nowadays you’re lucky if you have two kazoos and a jew’s harp.

Secondly, back in the day there always use to be a comic that performed with the singer. In this case we have homespun Gary Mule Deer delivering hilarious redneck anecdotes such as how his father had a duo career as a veterinarian and a taxidermist. His thinking was that no matter what you went to him for you’d always get your animal back. Mule Deer himself has been performing for a very long time and with his vocal rendition of “Don’t Let Your Babies Grow Up to be Cowboys” it’s easy to see why. His laid back approach is similar to Bob Newhart but with a country feel.

At the top I mentioned that Mathis and longevity go together and the same can be said for his rhythm section. His guitarist Rick Shaw has been with him off and on since 1987, drummer Joe Lizama has been playing with Mathis for 35 years and as previously mentioned conductor/pianist John Scott Lavender has been as Mathis puts it “The one in charge of us all” for 25 years. While 46 year veteran guitarist Gil Reigers was not at this concert, L. A. session guitarist Michael Higgins stepped up and soloed on “99 Miles to L.A.” and “The Twelfth of Never” like a champ.

Why does Johnny Mathis continue to sell out wherever he goes? Why does he get a standing ovation upon entering? Why do millions of people including my mom and mother in law continue to listen to his music? The answers are very simple. When you put out a good product, people will keep coming back. I’ve seen Johnny Mathis 4 times over the years and his concerts never disappoint. That’s the mark of a true artist. Wonderful, Wonderful indeed!!