Theatre Review: ‘The Boys in the Band’ at Dominion Stage 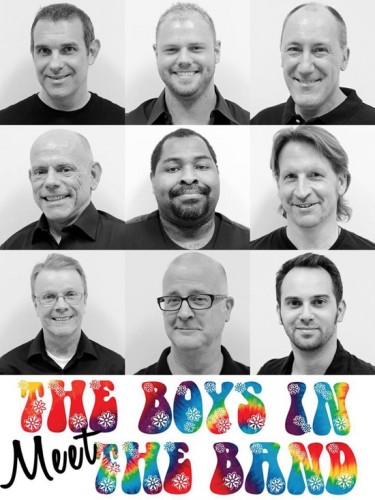 Dominion Stage presents The Boys in the Band, and what an energetic play this is! Lively, funny and very entertaining as well as thought provoking. The Boys in the Band, written by Mart Crowley in 1968, was one of the first plays that focused on the lives of homosexuals. It was truly groundbreaking in its day. It begins and ends in Michael’s contemporary apartment in Manhattan where he is throwing a birthday party for his friend, Harold.

All in attendance are Michael’s gay friends including one unexpected guest who causes tension, anger and self-loathing. Throughout the play we see food, fun, dancing and fights, of course. Things turn sour when Michael pushes everyone to play a telephone game that involves calling past and present loves.

At the end of the show, after the characters tell their stories and secrets, Michael makes a comment that I believe to be the most poignant moment of the show. He says, “…If we could just learn not to hate ourselves.” Young or old, gay or straight, this century or the last one, we can all learn something from The Boys in the Band.

The set was very colorful with chic 1960s furniture and décor. It was separated into two levels. The main living area with a well-stocked bar and comfy couches and chairs with a few steps leading up into the bedroom. The small theatre (only 4 or 5 rows deep) is an appropriate setting for the audience member to feel as though they are sitting in Michael’s living room. I loved the set. It was eye candy.

Directed by Rosemary Hartman, The Boys in the Band had so much activity and action that I believe it is possible to go see it two or three times and continue to pick up on new jokes or side comments as well as other quirky details. All of the stage direction flowed naturally and was very fun to watch. While the actors were very busy with their props and directions, none of it was distracting from the dialogue.

Matthew Randall who played Michael, the host of the party, had a great command of the stage. He did a beautiful job of incorporating nuance and sarcasm in his delivery. Gary Bernard DiNardo, playing the role of Emory, was certainly a hilarious standout. There was great chemistry between Michael (Matthew Randall) and Donald played by Jeffrey Davis who was able to show all of his thoughts and intentions with just a glance. All of the actors were very committed to their characters and I really enjoyed watching them create honest, hilarious and touching scenes. They made you wish you were also invited to the party.

Harold, the birthday boy, says to Michael at the end of the play, “Thanks for the laughs.” I can say the same thing. Be sure to go see this delightful show!