“…The Winter’s Tale at Baltimore Shakespeare Factory is well worth your while.” – Natasha Joyce.

Synopsis: One of last plays that Shakespeare wrote, this tragi-comedy begins with a series of horrific events that transitions to comedy and ultimately results in what can arguably be regarded as Shakespeare’s greatest surprise ending. And there is even a sheep-shearing festival for all you Ren Fest lovers! 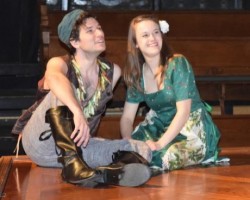 2. The Boys in the Band at Dominion Stage.

Synopsis: In his upper eastside Manhattan apartment, Michael is throwing a birthday party for Harold, a self-awoved “32 year-old, pock-marked, Jew fairy”, complete with surprise gift: “Cowboy” a street hustler. As the evening wears on, fueled by drugs and alcohol, bitter, unresolved resentments among the guests come to light when a game of “Truth” goes terribly wrong. 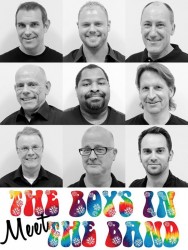 3. Harry and the Thief at Strand Theater Company.

“…Strand Theater has done an excellent job in casting this ensemble.” – Natasha Joyce.

Synopsis: Jeremy has a Ph.D. in physics from Harvard. And a time machine. And a plan. Jeremy’s plan is to send his thieving cousin Mimi back in time to 1863 to find Harriet Tubman and give her guns. Lots and lots of guns. 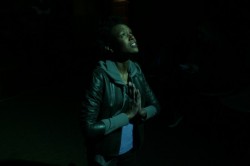 4. After the War at Mosaic Theater Company.

“…After the War is a truly remarkable piece, remarkable for its honesty, its respect for both sides, and its burning desire for peace with justice for two nations that have suffered so much.” – Andrew White.

Synopsis: This explosive world premiere from the writer and director who brought you The Admission tells the story of Joel, a world-renowned concert pianist and Israeli anti-war expatriate who returns to Tel Aviv after 18 years to perform with the Israeli Philharmonic. But as protestors agitate to cancel the performance, deep ideological differences between Joel, his estranged son Izzy, and his hot-tempered brother Freddie quickly turn the family homecoming to all-out battle. Set against the wrenching sadness and climactic beauty of Beethoven’s Pathétique, After the War is a crucial new play about an artist’s responsibility to his embattled country, and his family’s tough response to calls for peace in the wake of a costly war. 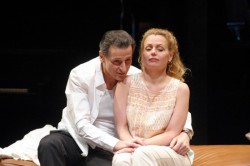 “…one is in for a wild, mind expanding evening.” – Brian Bochicchio.

Synopsis: Three of the world’s greatest writers, Jefferson, Dickens, and Tolstoy all edited or adapted The Bible to suit their own views, and they just might have to pay for that! The dialogue and the ideas soar, as you might expect from these three, in this sizzlingly clever comedy. 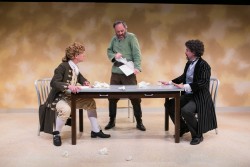