Concert Review: Agne G in ‘A Night to Remember’ at The Scottish Rite Temple Auditorium 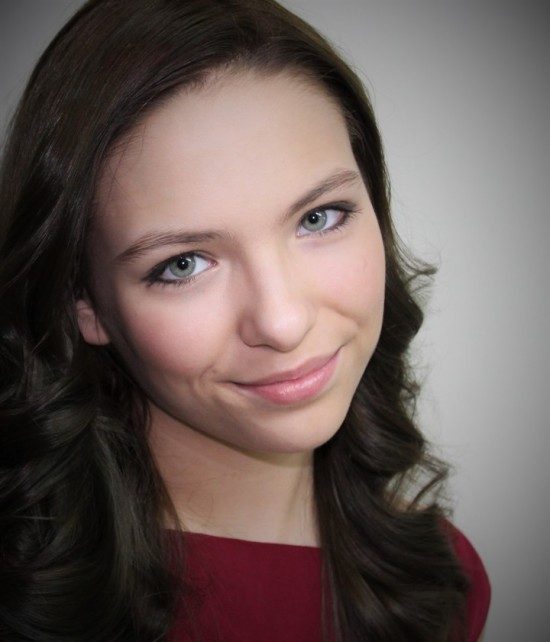 Fans of Agne Giedraityte, better known as Agne G traveled from as far away as California in order to experience and support her in this night to remember.  The evening also served as a fundraiser for the Scottish Rite’s Hilgenberg Children’s Speech and Language Center located on the ground floor of the building.

Her warmth as a person is also reflected into the performance of her songs, making it a night to remember.

Agne Giedraityte was born in Lithuania, moving to the United States with her parents when she was just a toddler.

Now a teenager, what sets her a part from others is her passion for singing; a talent that has won her several local and international vocal competitions. In December of 2013, Agne, as an International Vocal Competition American Protégé winner, sang at the world- famous Carnegie Hall in New York which is the “most exciting” place she says that she’s performed so far. She also was an opening act at the Lithuanian World Unity International Concert in Kaunas, Lithuania, and won 1st place at the International Vocal Competition, “Baltic Voice 2013.” She even appeared on NBC TV’s Steve Harvey Show where she earned a respectable 2nd place in ‘Steve’s Got Talent’ competition.

She has gained notoriety, making singing appearances at Los Angeles, CA  ‘Lithuanian Days’, ‘Indianapolis Christmas’concert in IN,  and the Navy Pier and Daily Plaza in Chicago. In 2015, she was happy to join “The Priests” vocal group from Ireland at their concert to sing two songs at the Rialto Square Theatre in Joliet.

Before the concert, there was a meet and greet with Agne G in one of the many luxurious rooms that the Scottish Rite Temple has to offer.  Here fans had the opportunity to speak with her one on one, as well as get an autographed photo and have their picture taken with Agne.  Having the chance to meet her in person and see her interact with other people, one can surmise that she is truly an authentic and warmhearted young lady.

After a short biographical video was presented, Agne G entered the stage wearing a beautiful gown.  She opened her concert with the song “Tonight” from West Side Story, finishing the piece with a crystal clear high A to the amazement of the audience.

After Agne performed a few songs from one of her favorite musicals The Sound of Music, special guest Tessa Hawkins from Ellicott City, MD danced to a disco version of “I am What I am” from the Broadway musical La Cage aux Folles.  Tessa’s sparkling dress and beaming smile along with her trained dance skills helped to make it an enjoyable addition to the evenings festivities.   It is interesting to note that last year Tessa got involved in the Miss Maryland Organization’s Outstanding Teen division where she placed first runner up in the state. This year she competed as a Miss, and received the title of Miss Western Maryland in February, making her eligible to compete for the state title in June. 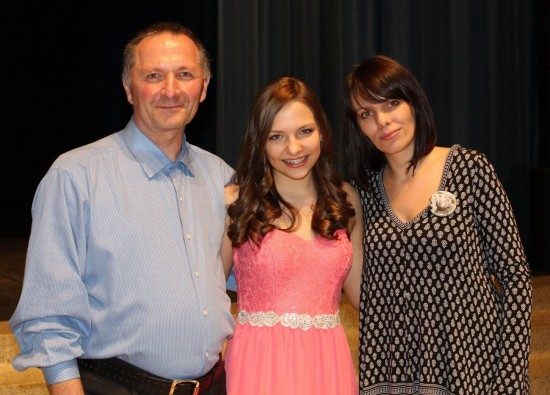 Agne Giedraityte at the concert, surrounded by her proud parents.

It is the Broadway musical Cats that inspired Agne to desire to sing songs from musical theatre.  She brought down the house with the most memorable song from Cats, “Memory.”

All of her songs were appropriately introduced.  “The Impossible Dream” sung in Lithuanian, was no exception. Agne G inspired the audience by saying, “Everyone has a dream and I hope that you will never give up.”  As far as Agne’s dreams, hers are to attend college and tour as a singer around America and Europe.

Agne G shows a lot of promise as a performer.  What I like best is her authenticity off stage that transcends into her performance on stage.  Her warmth as a person is also reflected into the performance of her songs, making it a night to remember.