‘A Quick 5’ with Paul Scanlan 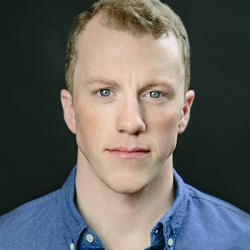 Paul Scanlan is currently making his ninth appearance at Signature Theatre as the conflicted son Jean-Michel in La Cage aux Folles.  Past Signature appearances include The Rat Pack Cabaret, Simply Sondheim, Elmer Gantry, Sunday in the Park with George, The Threepenny Opera, Company, The Best Little Whorehouse in Texas and Really Really.

You will notice from Paul’s credits that he is incredibly versatile. He can play everything from heavy drama as he did in The Laramie Project and then change gears for something more on the campy side like The Rocky Horror Show. His dashing good looks make him the perfect actor for Jean-Michel and we all know that his “With Anne on My Arm” is a vocal highlight in La Cage aux Folles. Paul’s performance of Jean-Michel helps punctuate the messages of acceptance and forgiveness that La Cage aux Folles has within. Please consider putting it on your to see theatre list before it disappears July 10th. The show has plenty to say and Paul’s performance is one that you will enjoy very much. “Look Over There…Look Over There”…another DC artist doing what he does best. “The Best of Times”…indeed.

Are you from the DC area originally and how did you get interested in performing?

I am originally from Silver Spring, Maryland. I grew up in Olney and went to Catholic University in DC. I started performing at the recommendation of my high school drama director when I was in her “TV Production” class in sophomore year. She suggested that I audition for the play that next coming fall semester, The Importance of Being Earnest, which I did, and I played Lane the butler.

Does Signature Theatre’s production of La Cage aux Folles adhere more to the big original staging approach of the material , the scaled down version that was seen on Broadway a few years back, a combination of both or something completely new?

I’ve only ever seen small clips from either production, so I can’t speak to the full shape and tone that those productions had. Our director, Matthew Gardiner, saw aspects that he liked and appreciated from different versions, so ours may have some influences here and there, but it is his telling and vision that shapes our production. Signature’s La Cage is very faithful to the time in which the story takes place. The Cagelles truly are “notorious and dangerous.” We see their lives offstage and interactions with each other, and it adds a really fascinating layer not only for the actors to work with, but for the audience to see. 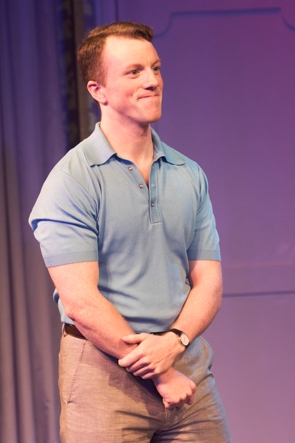 La Cage aux Folles was produced originally during the AIDS crisis in the 1980s. Now with marriage equality and LGBT rights in general being hot topics, the show is still as relevant as ever. What do you think makes the show relevant to today’s audiences even though its 33 years old?

I don’ t think the show ever lost it’s relevance. At it’s core, which Matthew stressed since the beginning, La Cage aux Folles is about a family. A boy has two parents, one biological, the other not. Family can be embarrassing, they can be demanding, they can be distant, but they’re family. Someone doesn’t have to be your biological parent to be your parent, nor, in the case of La Cage, do they have to be a woman to be your mother.

Signature is loyal. They are good to their actors, their designers, directors, crew, and everyone in between. They trust their actors in various roles, and I’ve been really thankful to have played an interesting range of characters here. Working at Signature is like being at home. I know the ins and out, I know the area surrounding, the beers on tap at the bar… Mainly it’s about the close-knit nature of the working environment that I love so much.

What is next up for you after La Cage aux Folles closes?

Next up after La Cage aux Folles, I’m working on some developmental readings of a few new pieces, and then in the fall I’ll be a part of an exciting production that I can’t quite announce yet.