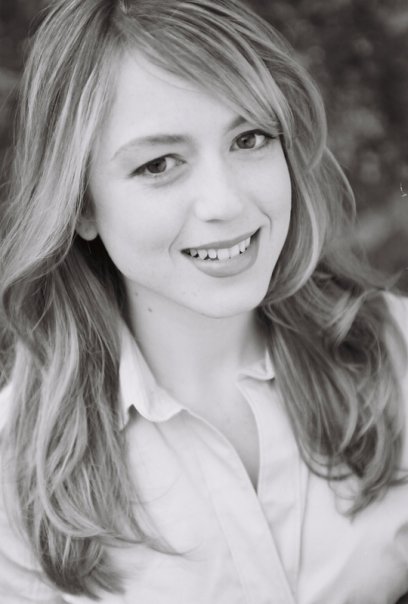 By Those Who Knew Her

This weekend, many of us in the local theater community were stunned at the sudden death of one of our own, Emily Biondi. She appeared in many local theatrical productions as a subtle but bona fide triple threat. She was known for her unassuming style. She never forced her audience to see her as a talented performer; she simply performed. 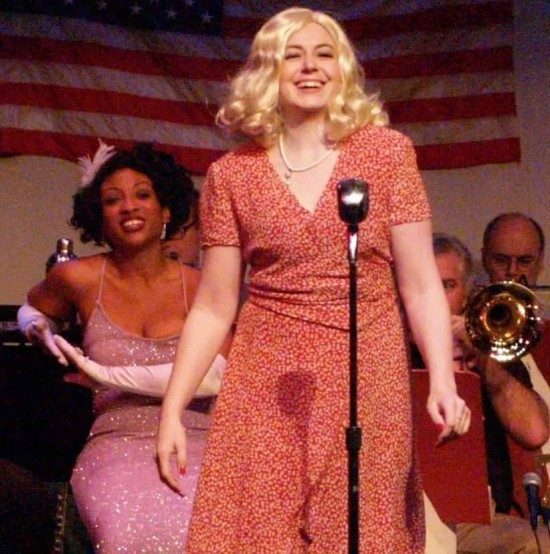 Emily Biondi as Connie Miller in The 1940s Radio Hour.

While she was seen at many local theaters, lately she had most often been a regular face at The Heritage Players including a memorable turn as the virginal beauty Phila in A Funny Thing Happened on the Way to the Forum, at the Silhouette Stages with several productions including the bubbly Connie Miller in The 1940s Radio Hour, and the Audrey Herman Spotlighters Theater as their Tzeitel in the classic Fiddler on the Roof among other productions.

Much could be said and has been of her performances, but much more can be said of the friendships she made at those theaters. Those theaters are tightly-knit communities made of wonderful people who share a common passion for their art.

We live in a world of stories made of breath, tone, and dance. The words are spoken, the tone rings out, the dance ends. There is applause, then the observers discuss. There is beauty in that the stories are not eternal statues, forever present in their stillness—they are alive, they burn brightly and are gone; yet there are moments in the theater that stick with us along with those who created them. 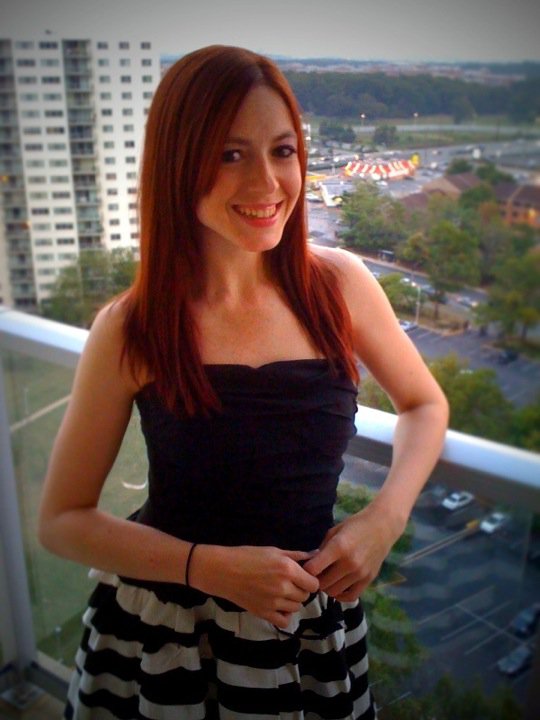 Today, we stop to applaud one whose candle burned so bright, yet dimmed far sooner than we would have liked. Those of us who have tread the boards with our dear friend Emily Biondi stand stunned at the news we have lost a beautiful, talented, and charming woman—a star in our midst.

Sometimes, the story behind the performer is more interesting than the play.

During her sophomore year of college, Emily went into kidney failure and a year of dialysis followed. In December 2003, Emily’s father, Norman Biondi, gave her a gift—he donated his kidney to her. He gave her 13 more years of life. She accepted that gift with gratitude, for her father and for the life that gift gave her. Her closest friends speak of how she was thankful to wake up each and every day after the transplant. While we of her theatrical family celebrate Emily here, she had another community with those who, like her, participate in the Transplant Games. Along with her friends in this community, Emily raised awareness of the moving stories of these survivors, and through these compelling stories encouraged many to become organ donors. I don’t know if anyone can count the years extended by the kindness of a father, a friend, or a stranger; the years of sunshine, happiness, friendship, love, and life that this remarkable team helped make possible. 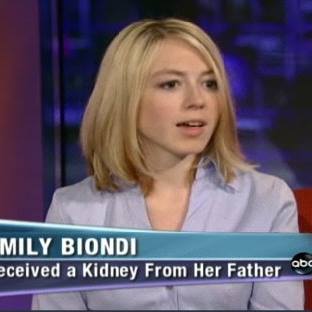 As for Emily, she used her years telling stories on stage, telling her personal story to reporters and raising awareness for the lives extended by the kindness of a father, a friend, or a stranger. She spent those years being a part of her community, being our friend.

As a community of storytellers, we ask you to join us as we tell our stories of Emily Biondi and how she spent her 13 additional years. Please, post your stories in the comments of this article, and share in our remembrance.