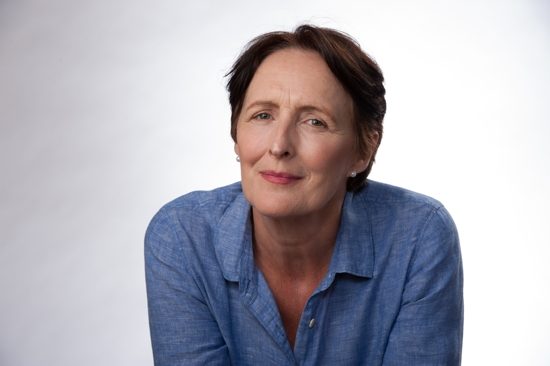 It is a rare gift to see an established performer live onstage – and even rarer to see her making her way through a new piece informally. As odd as it might sound, it can be a thrill to see a great actress thinking out loud as she runs through snatches of material, laying the foundations for what could be her next great work. The sort of thing you might expect if you were to stop by her studio after hours, a late night glass of wine in one hand.

Such was the treat that Kennedy Center audiences had this week watching Fiona Shaw’s Blowing the Heart Open, an evening of selected poems from William Butler Yeats and-with a nod to her American hosts—that belle of Amherst, Emily Dickinson. Accompanied, in the spirit of improvisation, by the great fiddler Liz Knowles, the brief presentation was full of possibilities and unexpected insights.

Shaw openly admits that the choice seems odd at first – Dickinson’s life ended just as Yeats’ career was taking off, and she didn’t discuss whether Yeats had any opinion about her work. But the genius of the actor, especially one as widely read as Shaw, is the ability to find connections, spiritual and practical, between these two, finding common ground and common themes even as the contrasts between their two personalities remain stark.

Yeats was, as Shaw stressed, every inch a public poet, filled with his cultural position to the oblivion of everything else. He was the sort of man routinely so lost in thought he never noticed his daughter dutifully following him all the way home from town, shutting the door on her as if there were nothing behind him. And yet when he wrote, the images, the sounds were so memorable. Her choices were, in some ways, conventional – “Song of the Wandering Aengus,” “Sailing for Byzantium,” etc. – and because of the informal context they weren’t given the full dramatic treatment in most instances. Nor did they require them; Yeats’ own delivery was, as Shaw admits, more a reflection of his own aesthetic interests—abstract, ethereal, not a jot of realism—and have little to do with how generations like ours might treat his work.

And yet both Yeats and Dickinson wrote about mermaids – who knew? – and each, in their own inimitable way, wrote of death. As Shaw made her way about the hastily assembled bench, book piles and such on the stage we were transported from Ireland to the Berkshires with remarkable ease. Yeats’ unrequited love for Maud Gonne created one thread, while Dickinson’s work, based in her own reclusive life, seemed an apt refraction of Yeats’ disappointments.

Although uncredited, there were atmospheric projections on an upstage screen, and bits of lighting (the cue for Dickinson’s “There’s a certain slant of light” was quite nicely done) to support Shaw’s already-sure performance. Knowles’ accompaniment, meanwhile, was as effective as it was often discreet—it seemed perfectly natural to hear the fly emanating from her fiddle for Dickinson’s “I heard a fly buzz – when I died” and there were echoes of the tunes that animate our notions of the Emerald Isle.

During the brief question-and-answer session that followed, the question arose whether Shaw and Knowles might be persuaded to develop this evening of poetry, composed by unexpectedly kindred spirits, further. Shaw admitted that such a prospect would not be disagreeable; so I can only hope that others, here or elsewhere, will have the opportunity to see this piece in fuller form, because it holds a tremendous amount of potential.

Performances for the Ireland 100 Festival take place through May 17-June 5 at the Kennedy Center in Washington, D.C. For tickets and more information click here.