Fringe Review: ‘Saudade; the one where I miss you’ at Eastman Studio Theatre 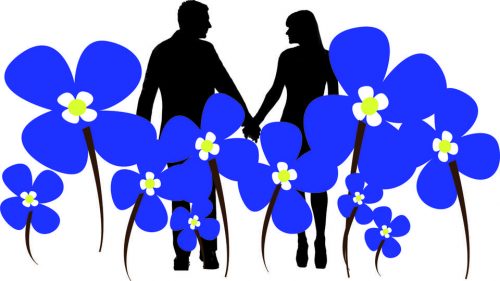 Saudade; the one where I miss you. Presented by Landis / Reid

Written by Andrew Reid and directed by Madison Landis, Saudade; the one where I miss you, is a poignant exploration of the meaning behind the Portuguese word “saudade.” A play about longing, about the ache of missing something or someone irretrievable, Reid wove these emotional themes into a story about family and the way there can be “true farewells, but then there are the people who always seem to find their way back.”

…a delight to watch.

The story, divided into seven poetically titled parts, opens in a tragedy that sets the tone for the rest of the play. Noah and his newlywed wife, Bailey, cling to life on a mountaintop where, in the midst of fear and pain, they recount the stories of their meeting and love. As they tell stories back and forth, the other actors move around the stage acting out the memories.

Each of the seven scenes unfold in this manner, with storytelling and a present moment taking center stage, while the rest of the stage is filled with walking, talking, and moving memories. The plot moves forward more on a tangential timeline than a consecutive one, with continual circling around in the stories and the actors taking turns playing the memories and ghosts.

The simplicity of the play and the circular storytelling and memory devices utilized in the production of the play were wonderful. A projection screen was employed to provide the scenic backgrounds, and a six black crates made the fluid set. The six skilled cast members, namely; Emily Berry, Maggie Dickinson, Stephanie Risch, Oscar Salvador, Derek Yost, and Gabriel Zak, moved seamlessly in and out of main characters and memory characters and were such a delight to watch.

There were a number of occasions when the exposition in the play could be cut down without hurting the story at all, as the amount explaining or describing felt tedious or forced at times. It was also a little hard at times to suspend disbelief and allow such a singularly large amount of grief and tragedy to befall one family–especially when everyone was just so nice and good and generally undamaged for all of it.

On the production side of things, I found myself looking for more playing with color schemes to go with the mood and set changes and the playing with ghosts and memories. All that being said, however–the play was still quite strong. In fact, by the last scene or two of the performance, I heard a lot of sniffles around the room and had to pull out a pack of tissues for myself.

With a little bit of tightening up on the script end and perhaps a slightly expanded array of set and props, this play could definitely move out of Fringe and go for a longer run somewhere.

Saudade, the one where I miss you is playing through July 23 at the Eastman Studio Theatre, Gallaudet University. Florida Ave NE & 8th St NE, Washington DC, 20002. Tickets are available here.