‘A Quick 5’ with Jeff Lanes 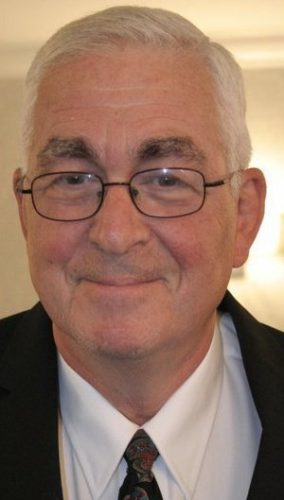 I have come across some uber theatre fans since I started writing this column but today’s subject is by far the most fanatical I’ve ever seen. He has been attending theatre for 67 years and has a playbill collection like no other that dates back to the 1920’s and probably earlier. The collection is painstakingly preserved  with many many plastic sleeves. To say that Jeff Lanes might be the ultimate theatre fan is a big understatement.

Here is a guy who can recall everything about every show he’s ever seen and has recently started a blog about his theatre going adventures. If you read it daily, it’s like going back in time. For those that want to be educated about what theatre used to be like, this blog is definitely for you. Ticket prices were not always the cost of a new car you know.

If you have not figured it out yet, today’s subject happens to be my dad and he also turns 73 today. He had a brief acting career (see pic below) before getting into the shoe business for many years. Despite the fact that he didn’t stay in show biz, his love of the theatre never left. His wardrobe consists of many show shirts, hats, and jackets making him a walking billboard for Broadway.

I get asked by people who got me interested in theatre and I say that it was my dad. The Magic Show was my first Broadway experience. It wasn’t very good except for a few of the songs but then things went up from there with my second show The Wiz. Thanks dad and Happy Birthday!!

What was your very first theatre going experience and what do you remember about it the most?

My first theatre going experience was at the long gone New Century Theater near Central Park for the original production of Kiss Me Kate with the legendary original cast. It was right before my sixth birthday. I remember wanting to be Alfred Drake in the worst way. My folks had the cast album on 78s and I listened to it constantly. The music and dancing were magical and I remember loving every minute of the show. Seeing that and my second show, South Pacific hooked me for life.

While in college, you almost performed opposite legendary actress Julie Harris on Broadway. Can you please tell us about how this came about?

It was during my college days. I was attending The American Academy of Dramatic Arts which at the time was located on West 52nd Street directly over what is now The August Wilson Theater. In fact, one of the classrooms had a window which opened into the auditorium so you could see what was happening on stage. The theatre had booked a show called Marathon 33 which was written and directed by June Havoc, which was to star the magnificent Julie Harris and was being sponsored by The Actors Studio. It took place during the marathon craze in the 30s. The setting was a dance hall and the play called for many extras to play the customers in the dance hall, so the casting director put in a call to the school upstairs to send its students down to the theatre to audition as extras. I wasn’t going to go, but I was talked into it. I auditioned for the stage manager and then for Ms. Havoc who was a very nice lady. They must have been having problems finding the right types because I was asked to come back the next night so they could see how I looked next to Ms.Harris, who was an absolute doll. Long story short, I got picked to be an extra, four performances a week, joining the show six weeks into the run on Feb. 1st 1964. The show opened, got panned and wound up closing the last week in January, so I never got to go on, but I did attend rehearsals and loved the experience. I have never forgotten it, but that was the end of my career as an actor. 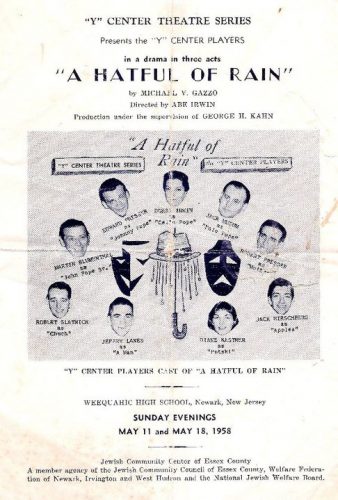 How has Broadway changed from when you first started going and do you think it’s changed for the better?

I really miss the Broadway of the 50s and 60s when you could go into the city and see what you could see. You would go to the box office of a theatre and see what they had for whatever performance you wanted to see. The advent of the TKTS booth in the early 70s changed all that, but tickets were still cheap enough that a visit to the booth would yield a good ( and cheap ) seat to a show. The first show I tried it on was The Magic Show where I was able to get second balcony at the Cort Theatre for two bucks. Now with ticket prices so high and a visit to TKTS costing an average of $80 a ticket, those days are basically gone. I would see middle of the road shows like Bajour or Subways Are For Sleeping, not great but perfectly entertaining, and maybe pay three bucks for a second balcony seat. I believe that those days are gone. Now $50 is considered a bargain. I’m glad that Broadway is thriving the way it is, but I still miss the so called ” old days.”

There are some shows that after seeing them, the reaction is “With all the material looking for a producer, how did this ever get onto the stage?” What are some of the shows over the years that you’ve seen that fit this category?

Wow, that would take forever to answer. I have probably seen more flops than I care to remember in a lifetime of mostly happy play going. However two doozies come to mind. A musical called Happy Town and a play called Moose Murders. The fact that these two disasters ever got financed and put on makes the mind reel.