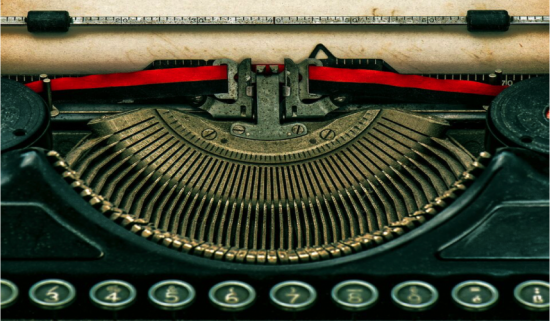 Nowadays, so much of what anyone says is fully available for public viewing.  We know that with fame and notoriety comes power and influence, to the point where the consequences of what you proclaim, what actions you take, and whether they will help or hurt others can form something of a moral quagmire.  This reality of influence is at the center of Václav Havel’s “Protest,” one of the Czech playwright and president’s “Vanĕk plays,” focused around the life of Havel’s surrogate, activist Ferdinand Vanĕk.

A recent production by the Alliance for New Music-Theatre honors the 80th anniversary of Havel’s birth with a show that resonates immensely in the socially engaged collective consciousness of 2016 America, making us wonder what we, as individuals, can do for our society and whether our intentions are truly considered before we venture forth for change.

…from the moment the conversation begins, the emotional energy envelops the room.

Shortly after being released from prison, Vanĕk is invited to the home of his friend, Stanĕk, who works in television.  The evening turns sour when it is revealed this is really an opportunity for Stanĕk to address his feelings of inferiority as a result of the social circles he and Vanĕk inhabit.  His way out, he believes, may come in the form of a local protest centered around the release of his daughter’s fiancé, a radical musician. By the night’s end, the two men must confront both Stanĕk’s want to be a part of something greater, and assess whether or not Vanĕk understands the power he holds in his community of artists.

The performance is exceptionally intimate, confined within the dining room of the Woodrow Wilson House in order to capture the mood of the underground samizdat movement (literal “living-room plays”) Havel was involved in.  With few props and only a table and two chairs to work with, we only have conversation to entertain, and from the moment the conversation begins, the emotional energy envelops the room.

David Millstone’s portrayal of Vanek shines as we note his eccentricity and subtle mannerisms, notably a tendency to bite his lip in moments of silence.  Along with unusual syllable emphasis, there is a sense of artifice and begrudging friendliness, and an impression that what matters most is what is not being said.  Millstone did occasionally slur his lines, and whether this is meant to be a result of his character’s drinking is debatable, as the moment where this begins is never clearly articulated, but his character makes this engrossing.

We are moved to anticipate the conflict before any note of a protest is even mentioned, and find ourselves relating immensely to Drew Valins’s much more reserved Vanĕk, who largely stands to the side while Stanĕk gestures about and offers calm, concise answers to all his questions, which clearly only frustrates Stanĕk’s longing for more in life further.  By the point where he forces a slipper on his friend’s foot, it becomes clear Stanĕk is attempting to control the conversation and his friend.  The duality of us anticipating Stanĕk’s reveal of himself and Stanĕk’s want for Vanĕk to reveal himself makes for an incredibly tense atmosphere, and the latter’s failure keeps us waiting for the catalyst that will force to reveal both his distaste for other cliques and a conflicting desire to be a member of them.

The play touches on ideas of media censorship and the supposed “superiority” of some forms of entertainment over others, but the issue addressed most in-depth and which makes the work unexpectedly timeless is societal pressure, specifically to join causes.  Stanĕk notes that he is troubled by the fact that causes and organizations often appropriate events in the media for their own benefit, something which resonates with his moral dilemma as he debates whether or not he would be guilty of doing so.  In a year where Americans are engaged with politics seemingly more than even before and opinions from every single part of society are more published and available than any prior generation, this kind of pressure certainly resonates.

Director Susan Galbraith seems to have been fully aware of how this would affect the audience, as the actors, on occasion, literally connect with the viewers.  While most of these interactions are playful, a favorite of mine is when Stanĕk judges the crowd as if they were signers of a petition, only to chastise one woman for not signing.  This judgment follows a segment where Stank delivered a minutes-long monologue about his own moral struggle, so the hypocrisy within it is hilarious.  The only problem, though, is that moments like the monologue that precede this do make the message a bit too obvious, and while the length of the moment is played for comedy, with Vanĕk wandering outside to leave Stanĕk to his thoughts only to reappear amazed Stanĕk is still talking, it feels as though the entertainment comes to a halt as we lose the incredible subtlety of the performances and vanish into a void of waxing philosophical.

Havel’s work has found a new audience in this production, and although his here speaks to a different culture, many of the themes and ideas touched on strike a chord with a modern-day audience.  Like Stanĕk, we sometimes must confront guilt felt from outside and within, and decide for ourselves, whether objectively or subjectively, what we want our place to be in the world, and whether that is even possible.

It’s a conflict that never will end, a struggle that invades all circles, and in our modern, always-connected world, we must face the fact that we can leave a greater impact, whether we mean to or not.  What’s unsaid is important in “Protest,” but the struggle that leads to it all comes from what was said, what needs to be said, what it will do to our characters, and what it could do for others.