Concert Review: ‘Richard Rodgers and His Sounds of Music’ at The Gordon Center 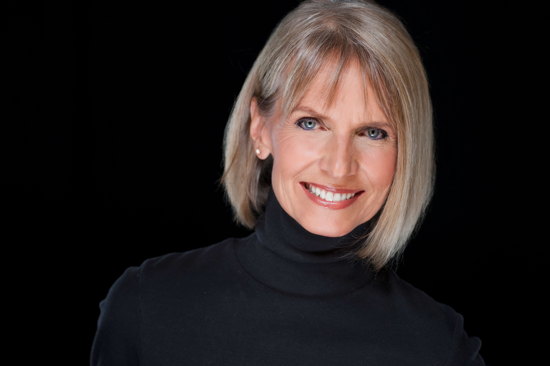 Richard Rodgers was a musical genius, composing music for over 900 songs and 43 Broadway musicals. He was also the first person to win the top show business awards in music, television, film, and Broadway (a Grammy, Emmy, Oscar, and Tony). With his collaborators Lorenz Hart – and later Oscar Hammerstein – Richard Rodgers wrote the music to beloved productions such as “South Pacific,” “Oklahoma,” and “The Sound of Music.” In “Richard Rodgers and His Sounds of Music,” co-presented by the Gordon Center and Stevenson University, Carolyn Black-Sotir writes and directs a show which highlights all the Richard Rodgers songs we know and love.

The production is a collaboration between American Music Theatre Artists, the Greenspring Valley Orchestra (conducted by Robert Suggs), and Concert Artists of Baltimore. Tim McReynolds of the American Music Theatre Artists plays the piano – and once in a while, couples with Black-Sotir in a duet. Thomas Williams (jazz bassist) and Frank Russo (drummer) join Black-Sotir in a retelling of “Cinderella,” a television musical composed by Rodgers and Hammerstein. With McReynolds playing a stepsister/fairy godmother, Williams playing the other stepsister, Russo playing Cinderella’s evil stepmother, and conductor Robert Suggs playing the courier/Prince, there is plenty of humor involved. And of course there are the songs included in the retelling; Black-Sotir highlights “In My Own Little Corner” and “Impossible/It’s Possible.”

Black-Sotir is the consummate entertainer – charismatic with a wonderful singing voice, great diction, and a relaxed, easygoing attitude.

The Greenspring Valley Orchestra plays beautifully throughout the show, highlighting the trombone and trumpet in some of the songs. Sometimes they are the focus of the production, such as when the score from “Victory at Sea,” a documentary television series about WWII, is played. Sometimes, the orchestra just provides the music for Black-Sotir and Concert Artists of Baltimore.

The show starts with the orchestra/singers performing “The Hills Are Alive” (Sound of Music), “Surrey With The Fringe On Top” (Oklahoma), “I Whistle a Happy Tune” (The King & I), and “June is Bustin’ Out All Over” (Carousel). After that introduction, Black-Sotir takes the stage, starting a narration of the life of Richard Rodgers. Throughout the show, Rodgers’ life story is interjected between the music, providing a nice combination of narration and song.

Black-Sotir is the consummate entertainer – charismatic with a wonderful singing voice, great diction, and a relaxed, easygoing attitude. When singing, “I’m Gonna Wash That Man Right Out of My Hair” (South Pacific), Black-Sotir sits on top of the piano and puts her hands through one of the musician’s hair; at another point in the song, she points out different male members of the chorus.   She also has a dialogue with Robert Suggs, who questions Black-Sotir’s claim that many of Rodgers’ songs are related to love. As Black-Sotir sings “Falling in Love” (The Boys from Syracuse), “No Other Love” (Me and Juliet), and “Lover” (Love Me Tonight), hearts are flashed up on the screen for each time she mentions the word ‘love.’   Not only is this a creative use of technology, it keeps the audience entertained – and proves conductor Robert Suggs wrong.

After intermission, we get to hear more from Concert Artists of Baltimore, starting with the male members singing “Oklahoma!” Those male members of the chorus then stand up to do an excellent rendition of “There is Nothing Like a Dame” (South Pacific), which features solos by some of the men.

The final numbers are all from “The Sound of Music” – including jazzed-up versions of “My Favorite Things” (featuring a trombone), “The Hills are Alive,” and “Edelweiss” (the last song Rodgers & Hammerstein created together).   Although I appreciate the reinterpretation of these timeless songs, they seemed more fitting to a jazz club than the stage and couldn’t compare to the heartfelt originals.

Richard Rodgers’ music is full of hope and love – inspiring us all to follow our dreams and “climb every mountain.” This production is the perfect combination of the inspirational story of Rodgers’ life (complete with photos and pictures on a screen) and the music of his beloved songs. The fact that the show is so multi-dimensional – with parts sung by the chorus, parts sung by Black-Sotir, and parts which are just instrumental – creates a truly unique and entertaining experience.

Obviously, Rodgers’ music is well-loved and timeless since the show was absolutely packed – with a larger audience than I’ve seen at any other show I’ve ever attended. Fortunately, the audience was not disappointed.