Opera Review: ‘Ben Bliss and Lachlan Glen’ at Theatre of the Arts 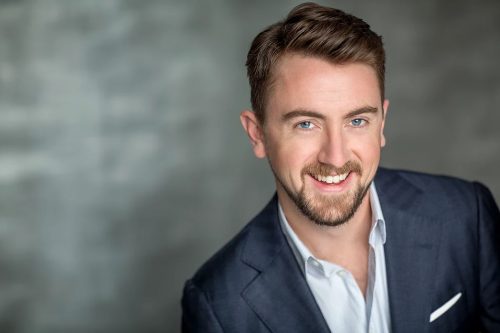 The UDC Theatre for the Arts is a rather unassuming, spartan building tucked into a corner of the University of the District of Columbia’s campus. The actual theater inside, however, is startlingly impressive — and upon viewing it, it suddenly makes sense why Vocal Arts DC would use this venue to showcase exceptional performers in its recital series. The first of the season, featuring tenor Ben Bliss and Lachlan Glen on piano, premiered Tuesday night.

The performance was a journey through the musical thoughts and feelings of the 20th century, and a powerful testament to the influence of voice and music.

The duo dove right in with a performance of music by Richard Strauss, the 19th and 20th-century German composer. The first song, “Ständchen” (which means “Serenade” in German), featured beautiful, optimistic music, the trilling and fluid, spring-like notes Glen’s piano set against Bliss’ powerful, bold voice. During the series of Strauss compositions, it was impressive to hear how Bliss made the guttural German sound beautiful, handling high notes with a delicacy that stood in stark contrast to the boldness of his full voice. Glen played the rapid, complicated melodies with ease.

The next set was a series of compositions from Lilli Boulanger, whom Bliss explained was something of a forgotten figure from early 20th-century France, on account of her demise at 24. A prodigy, having won the Prix de Rome at 19, Boulanger is very reminiscent of George Gershwin in composition — her first song in the set, “Une poète disait,” had the same robust, Jazz Age rhythms as Gershwin’s “Rhapsody in Blue.”

The second half of the evening included a lot more English, the first part being composers such as Benjamin Britten, John Gruen (who adapted several e.e. cummings poems), and Ned Rorem, who adapted Robert Frost’s classic “Stopping by the Woods on a Snowy Evening” to music. But it was the music that came after this that showed Bliss and Glen’s true versatility.

Bliss confessed that he was originally more at home with popular music than opera and that he grew up listening to Frank Sinatra, the Beach Boys, etc. He and Glen chose to incorporate more modern music into their set, and their first choice, a song popularized by Nat King Cole, was a stark and beautifully melancholic contrast to the first half of the program. “Nature Boy,” perhaps more popular in the 21st century for its role in the melodic and narrative themes in Baz Luhrmann’s “Moulin Rouge,” suddenly turned Bliss from a primo uomo into a ‘50s crooner.

He followed “Nature Boy” with “One for My Baby (One More for the Road),” famously a frequent part of Frank Sinatra’s musical repertoire. Their last song, a Ray Charles hit called “Hallelujah, I Love Her So,” was lively and fun, bringing a little gospel and blues to the set.

In all, the performance was a journey through the musical thoughts and feelings of the 20th century, and a powerful testament to the influence of voice and music. Based on this recital alone, Bliss and Glen, both still in their twenties, have an incredible future ahead of them. People coming in and expecting two hours of soaring vocals in a foreign language were treated to an introspective, thoughtful, and lively performance by two artists who clearly love their art.

More information on Vocal Arts DC and its fantastic recital program can be found online.