Opera Review: ‘Christian Gerhaher and Gerold Huber’ at Theatre of the Arts 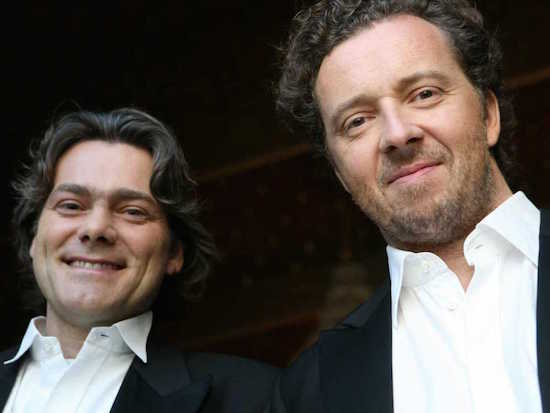 Tuesday night’s Vocal Arts DC performance at University of District of Columbia’s Theatre of the Arts, featuring famed baritone Christian Gerhaher and pianist Gerold Huber, was completely in German — but was nevertheless quite enjoyable.

The concert showcased the works of Gustav Mahler, a contemporary of Richard Strauss and Richard Wagner. His songs are perhaps less well-known than those of his contemporaries, at least for opera novices. But Mahler’s music is remarkably versatile, ranging from the traditional forcefulness we’ve come to expect from German composers like Wagner to lilting softness reminiscent of the Chinese poems on which some songs are based.

Gerhaher hits just the right note of melancholy, palpable even without translation.

The first song of the evening, “Der Einsame im Herbst” had some of the delicacy of a Chopin work, aided by Huber’s clever fingers and Gerhaher’s skill. In the hands of a less capable duo, a song that translates as “The lonely man in autumn” might falter under such a strong baritone, but Gerhaher hits just the right note of melancholy, palpable even without translation.

Gerhaher displays this vocal grace in other songs as well, including “Icht atmet’ einen linden Duft” (I breathed a delicate fragrance), where he switches between notes effortlessly and manages to convey something of the poetic nature of a song that contains lyrics that translate as “the tender fragrance of love.”

In “Revelge,” which, appropriately, translates as “Reveille,” Huber’s piano playing reflects the rhythm of a military tattoo, but behind that it also somehow translates the turmoil of battle into song. The martial nature of a song about warfare is so clear from Gerhaher’s singing and Huber’s accompaniment that one can almost hear the drums in the background.

For someone without any understanding of German, and a limited experience of Mahler’s work, this concert was sometimes difficult to follow —despite the handy program featuring lyrics and English translations. In contrast to Ben Bliss and Lachlan Glen in the previous Vocal Arts DC concert, there was no narrative, no interaction with the audience beyond the music, and the atmosphere was notably different from the instant Gerhaher and Huber stepped onstage in tailcoats. Gerhaher was no less theatrical, however — he perfectly translated the mood of the songs he was singing, even if the songs themselves were beyond the ken of a predominantly English-speaking audience.

More information on Vocal Arts DC and its fantastic recital program can be found online.