Concert Review: ‘Earth, Wind and Fire’ at The Theater at MGM National Harbor 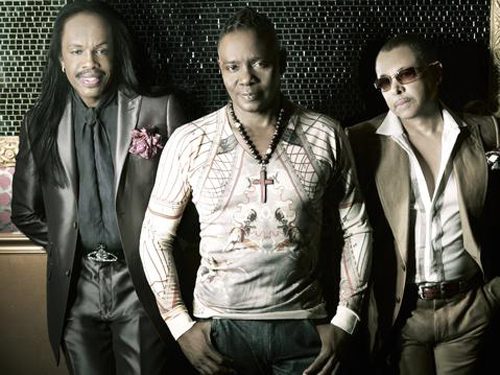 Earth, Wind & Fire is one of America’s top-selling musical groups of all time. The band began its legendary career in 1969 but took off in 1972. With a mix of gospel, jazz, pop, R&B, soul, funk and disco, infused with mystical and spiritual influences (the African thumb piano, or kalimba, is central in their music), the band crossed all genres and broke barriers. They are, without a doubt, one of the most beloved groups in our musical history.

Earth, Wind & Fire has had an astounding career. They have produced 23 albums that included eight No. 1 R&B singles and eight Double Platinum Top 10 pop albums. They have sold more than 90 million albums worldwide and earned more than 50 Gold and Platinum albums. In 2000, EWF were inducted into the Rock and Roll Hall of Fame. The National Academy of Recording Arts & Science (NARAS) bestowed its highest honor and presented the GRAMMY Lifetime Achievement Award to the band in 2016.

Earth, Wind & Fire gave one of the most memorable concerts I have ever seen…

There was no better proof of the universal appeal of this band than the packed and diverse house at the breathtaking Theater at MGM National Harbor. The theater is housed in the new, futuristic structure that looks like it landed from another world. Everyone I met who worked within the MGM venue was friendly and helpful. The complex, which houses a hotel, restaurants, stores and a casino, is run with precision and great care is taken to make the experience special.

The late singer and musician, Maurice White, was the founder of Earth, Wind & Fire and he also composed and produced for the group. Gone but never forgotten, he was given a musical tribute during the show along with vintage photos of him and the band projected on the screen behind the performers. Though the lineup has changed through the years with a list of impressive former members, thankfully three of original members are still performing and are as strong as ever. They include White’s brother, bassist/vocalist – with his ever-youthful energy still intact – Verdine White; Ralph Johnson on vocals and percussion (who started on drums back in the day); and the amazing Philip Bailey on vocals, kalimba, congas, and percussion. Bailey’s son, Philip Jr. plays alongside his father on percussion and sings background vocals.

The current band is a supremely talented group of singer/musicians whose energy and joy spilled out into the audience. The group has retained their signature, choreographed dance moves and the cosmic, sometime psychedelic, and Egyptian imagery that were a part of their branding and album art. This was all part of the evening as these visuals were projected on the screen and stage, accompanied by a great light show.

With no intermission, the band managed to fit, as Mr. Bailey stated, over 45 years of music into nearly two hours – approximately 21 songs – though their catalogue is so deep they could have performed for many more hours. Along with John Paris on drums and vocals, there were four sets of percussion kits which the all vocalists worked throughout the show. The band was comprised of musical director/keyboardist, Myron McKinley; Morris O’Connor and Serg Dimitrijevic on guitar; another great vocalist/percussionist B. David Whitworth; and the great horn section (minus one that evening) Gary Bias on saxophone and Bobby Burns, Jr. on trumpet.

The band blended their wonderful, uplifting dance music – “Boogie Wonderland,” (which incorporated an instrumental samba section in the middle), “Sing a Song,” “Shining Star,” “Serpentine Fire,” “September,” “Let’s Groove” and “Fantasy,” with a few of their sweet, sexy love songs that included “After the Love,” “Would You Mind,” “Can’t Hide Love,” and one of the many highlights of the evening. Philip Bailey took a surprise segue from “Reasons” into a hit from another great group, The Stylistics, called ‘Betcha By Golly, Wow.” He gave a jaw-dropping display of his extraordinary range, including his trademark falsetto, and simply brought the house down.

Blazing through hit after hit, engaging the audience to stand, dance and sing along (though not much encouragement was needed!), Earth, Wind & Fire gave one of the most memorable concerts I have ever seen and proved that their talent and music are timeless. They are as tight a group and family as they ever were. As someone said, this is what real music is – from the days when a band understood their musical roots, wrote their own songs, played their own instruments and sang with no fake effects – just pure talent.

The concert was performed on Saturday, February 18, 2017 at The Theater at MGM National Harbor, 7100 Oxon Hill Rd, Oxon Hill, MD 20745. To view their future concert schedule and to order tickets, visit online or order through Live Nation. For information on Earth, Wind & Fire’s tour, visit online.