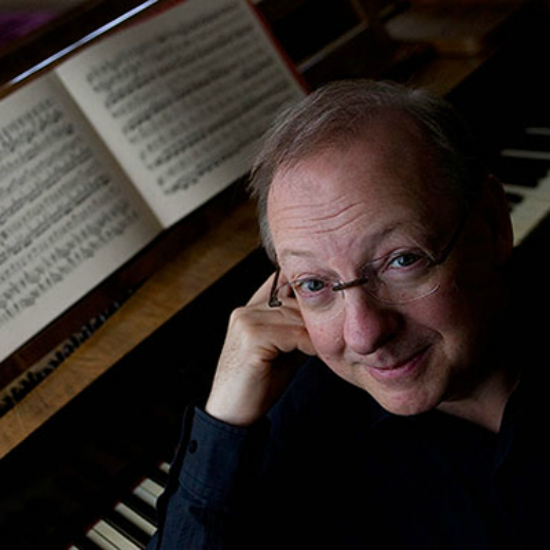 The caricature of classical music is that it is ‘serious’ music. The serious conductor conducts the serious musicians, while the audience looks on, seriously. Revealing the lie of this, Nicholas McGegan led the BSO in a joyful concert, full of fun, at Strathmore on Saturday evening. This is, of course, not to suggest that there was anything frivolous here. Every detail, every gesture in the concert revealed a seriousness of purpose essential to deliver delight, and a vivid musical experience.

In the first half of the concert, a dance suite from Rameau’s opera “Dardanus”, was followed by the fruits of 19-year-old Mozart’s labour in the form of his “Violin Concerto No.3 in G Major”. Rameau, though a renowned musician, did not come to composing his own music until remarkably late, while Mozart is, of course, famous for his musical precociousness. The music, however, betrays nothing of this. Rameau’s work is full of an almost youthful exuberance, while Mozart’s energy never falls short of complete musical maturity. McGegan is as charming a speaker as he is a conductor and sculpted the sound with a precision and transparency that perfectly illuminated the music. He is capable of both joking with the audience, and clearly playing with the musicians during the performance. The clear sense of ensemble throughout was particularly exciting to hear applied to Rameau’s unadorned lyricism.

Norwegian violinist Henning Kraggerud, soloist for the Mozart, is disarmingly informal and a deeply engaging performer. He began by telling us that Mozart had a very different education from the one we might expect today. Mozart learnt, amongst other things, singing, dancing and fencing. Kraggerud makes his violin sing, and his light-footed performance, dance-like, made me wonder if there would be any fencing to follow but remained a refreshingly unpretentious performance throughout. In fact, Kraggerud very carefully choreographed his movement, turning his back on the audience to ‘jam’ with the first violins before turning back to reveal the true tone of his solo instrument, direct and resonant throughout the entire hall. The vibrant communication between the orchestra, McGegan and Kraggerud was palpable and simply a joy throughout.

Following an enthusiastic ovation for his performance, Kraggerud returned to play some of his own composition, also dance-like and energetic, which, while certainly accomplished came across as somewhat harmonically dull in a program of especially inventive writing.

In the second half, Schubert’s “Overture in the Italian Style in C Major” accompanied the ‘headliner’ for the night, Mendelssohn’s “Symphony No.4”, the “Italian” Symphony. With the unseasonable warmth and sun we’ve had this past week, it was also the perfect time for a distinctly Italian sojourn. And it was the warmth of the sound that marked the second half of the concert, as the orchestra, following historical practice, increased in size revealing a new, rich tone colour, and blend.

It is, again, worth keeping in mind the remarkable age of these composers. In “Overture in the Italian Style in C Major”, for example, a 20-year old Schubert is emulating Rossini’s operatic work, which had just become wildly popular in his hometown of Vienna. It would, however, be wrong to suggest that the vigorous opening of then 21-year-old Mendelssohn’s 4th Symphony is just the vigour of youth. The sad truth is, that for a composer who passed at 38, he was already well into middle age and like Mozart possessed musical maturity beyond his years. One need only hear the opening of his 5th Symphony written around the same time to understand this; ‘the Reformation’ Symphony begins with some of the most solemn music ever written in the key of D major. The 4th, instead, seems compelled by the Italian sun, and the BSO under the guidance of McGegan captured both its energy and depth.

The concert actually traces a clear historical line, from Baroque (Rameau) through Classical (Mozart) to the Romantic (Schubert and Mendelssohn), but the program was much cleverer than this almost conventional observation. Instead, the connections between these works, the vibrancy, the urgency and clarity were the overriding themes of the evening, not their historical progression. It was an uplifting and revitalising concert, reminding us that extraordinary music making has no fixed age, and classical music is as varied as it vital.

Running Time: 1 hour and 45 minutes including one intermission.