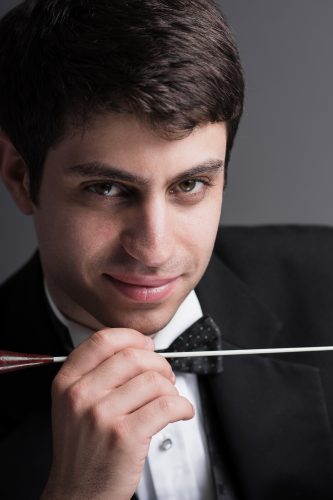 Since 1924, the Baltimore Symphony Orchestra has been proud to lead the nation in offering educational children’s concerts and with their latest Midweek Education Concert titled “Heroes & Villains,” which I had the pleasure to attend on February 10, 2017, they continued their tradition of offering Baltimore’s school children a wonderful introduction to the professional orchestra.

I am sure that the students will not only be asking their schools and families for another trip to the BSO but will also be excited to learn more about orchestral music in their school music classes.

“Heroes & Villains” is a program for grades 4-6 and was open to both school field trips and homeschoolers. As a former public school teacher, I took especial note when I arrived of the extremely smooth handling by both Symphony Hall staff and Baltimore City Police Officers of the logistics of disembarking and parking multiple school buses and getting hundreds of students to their seats. I was truly impressed at how quickly and quietly students were seated, with no confusion and multiple ushers with seating charts available to assist school staff.

I was also pleased to see that ample time was allotted between the morning’s two performances to allow for the 10 a.m. program to begin a few minutes late as a few field trip buses were running behind. I know that the teachers and students would have been devastated to miss any of the 40-minute program and the BSO is to be commended for their thoughtful consideration of the fact that school field trips rarely go without a hiccup! It was obvious that BSO staff knew who they were expecting to attend and who they were waiting on as the program began as soon as the final school was seated.

This logistical attention to detail and concern for the student patrons should ease the minds of any principal or teacher who is wondering if a field trip to the BSO might be a difficult undertaking. I was very impressed that at the close of the program a BSO representative took the stage to dismiss the audience in the order of schools whose buses needed to return most urgently for other runs. I know that this greatly assisted in making for a smooth and easy field trip experience for the participating schools.

Teachers had been provided with a multi-lesson pre-concert teaching guide for “Heroes & Villains” written according to MSDE standards by a team of Maryland educators under the direction of Richard McCready, although based on the narrator’s questioning of the audience about Napoleon, it seemed that unfortunately not every school had used the lessons. I would encourage schools attending future educational performances to make time for the pre-teaching as it greatly assists in the children’s engagement and retention of their special concert experience and the lessons are well written and cross-curricular.

One addition I would suggest to the teaching guide for this program would be providing the text of the narrator’s wonderful poems that preceded each piece. I loved the inclusion of poetry but I think that some of the children would have been more engaged with the poems if they had read them in class and discussed the vocabulary and poetic devices ahead of time.

The concert began with the First Movement of Beethoven’s Eroica Symphony. The Baltimore Rock Opera Society designed and projected visuals on a screen over the orchestra throughout the concert and they highlighted many famous paintings of Napoleon, the inspiration for the Eroica, at appropriate times during the music, including a coronation painting and an image of him on a white horse – contrasting his “villainy” of declaring himself emperor with the “heroism” of him leading battles. Nicholas Hersh directed the BSO with playfulness and excitement. I liked that he brought out the humor in Beethoven, especially in the short runs on the strings.

The second piece featured soprano Kathryn Bowden performing the stunning Queen of the Night aria from Mozart’s opera The Magic Flute, which contains some of the highest notes written for a soprano. Bowden captured the evil persona of the queen from the moment she took the stage, delivering a few menacing lines to her daughter and brandishing a knife before launching into her operatic tirade. She had a rich and caramel supported tone even on her higher notes which lent strength to her “villainous” performance. Although the first of her highest runs was a smidgen out of tune, the rest were flawless.

“Rey’s Theme” and the “Imperial March” from beloved Star Wars composer John Williams were the next two pieces on the program and this was an especially effective pairing to contrast heroes and villains. Hersh led the orchestra to convey a sweeping determined hopefulness in “Rey’s Theme” and then went into the crisply accented and foreboding “Imperial March,” which was clearly much enjoyed by the children, the orchestra, and the conductor! In fact, I noticed some children after the program re-enacting Conductor Hersh’s enthusiastic conducting with admiration. I personally wouldn’t have minded even more dramatic accents in the final statement of the theme, although Conductor Hersh certainly ramped it up, but it was still plenty thrilling!

I was pleasantly surprised with the children’s strong positive reaction to the final piece on the program, which was three movements of Stravinsky’s Firebird Suite. The Baltimore Rock Opera Society went all out with their visuals for this piece and the music was equally exciting. The lullaby of the middle movement had a lovely velvet bassoon solo, which was echoed in the oboe and then cello. A peaceful and slow horn solo began the victory movement which contrasted with the other “victorious” pieces we had heard in the program, which had been fast and accented. However, as the visuals and the music demonstrated together, the solo represented the sunrise which finally gave way to a festal trumpet fanfare that ended with a fun fireworks display on the screen matching the final sounds of the piece.

The Baltimore Symphony Orchestra’s “Midweek Education Concert – Heroes & Villains” gave students a rich introduction to a professional orchestra by showcasing several different styles and periods of music in an engaging way that helped the students focus their listening and understand and enjoy the music. I am sure that the students will not only be asking their schools and families for another trip to the BSO but will also be excited to learn more about orchestral music in their school music classes. Keeping the art of the symphony alive depends on making it interesting to the next generation of musicians and patrons and based on the enthusiastic response of today’s young audience to not only the movie selections but also to the classical works, the BSO will have an eager audience for years to come.