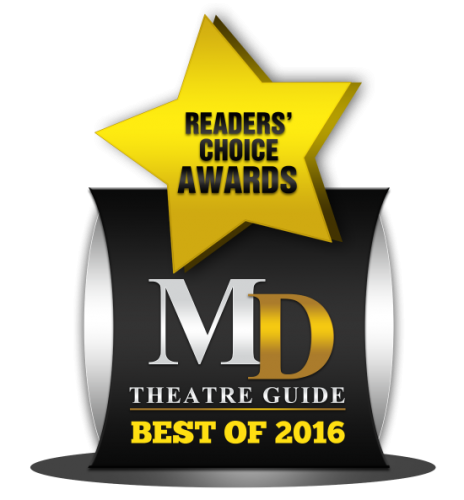 Thank you for voting!  Over 10,000 votes were cast!  The MD Theatre Guide is pleased to announce the winners of the Best of 2016 Reader’s Choice Awards!

PERSON OF THE YEAR

‘Person of the Year’:  Toby Orenstein 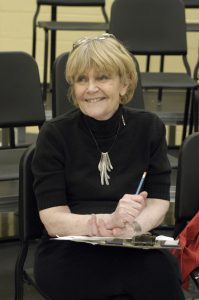 Here are the top submissions that we chose in support of Toby Orenstein:

Toby is an incredible woman who has brought the theatrical Arts to young and old alike. As a small business owner, she has successfully operated Toby’s Dinner Theatre for more than 45 years, providing employment to those who celebrate and service the arts! She is an incredible woman with boundless energy, and she is much admired throughout our community. Toby is a National Treasure! -Susan S.

Toby Orenstein is one of the most important individuals for developing and presenting musical theater in the Mid-Atlantic region. Her New York-level standards and connections educate and entertain both audiences and performers. I teach individuals how to sing, and am an opera singer myself. Often I recommend Toby’s Dinner Theater or her Teen Professional Theater, especially for artistic development for those with serious professional ambition. Toby is a jewel in our area and should be recognized, especially after 45 years here. I hope you agree and choose to honor her as Person of the Year. -Suzanne S. C.

Toby started The Columbia School of Theatrical Arts in the 1970’s ( Now CCTA) 45 years ago this year, and has continued to successfully run Toby’s Dinner Theatre for almost 40 years. Prior to the bicentennial, she formed The Young Columbians, who have continued to perform around the country ( including The White House) to this day. Numerous students of her have gone on to successful Broadway and regional theater careers. As Toby turns 80 this year, she is still going strong inspiring, encouraging and teaching actors that will enrich our community for generations to come. -Jeff K.

Toby Orenstein has done wanders for the theater community. She has a theatre program for kids called the Columbia Center for Theatrical Arts.(or CCTA) This program allows kids of all ages and backgrounds to find themselves. She even has a program for the special needs, and for those kids in the inner city. She also has families to help other kids be able to be part of CCTA. These families can donate money and help a child be able to be on stage. She a person who cares about the kids, and wants to help them succeed. My daughter has found herself in CCTA and calls this place “Home.” She has finally found herself and friends. She has also learned a lot from CCTA like public speaking and how to take this seriously and when not to. Toby is very involved in each and every show that is put on through CCTA. Her theatre is her whole life and it shows because she has made a lot of children love the theater and respect it. She has made a difference in each and every child that comes through CCTA. -Audrea M.

First Lady, Eleanor Roosevelt, chose Toby Orenstein as the one to carry on her message of “Follow Your Dream” when Toby had just started teaching. Today, Toby is the inspiration for thousands of dreamers. She has inspired so many – more than Elanor Roosevelt, perhaps. And she continues to do so. Brava! -Carolyn Kelemen

Since 1979 Toby Orenstein has been the Artistic Director and owner of Toby’s Dinner Theatre in Columbia, MD.

Toby is also the Founder and Director of the Columbia Center for Theatrical Arts, Inc. (CCTA). In 1972, at the invitation of visionary developer James Rouse, she created a school for young people who possessed an interest in the performing arts. A special group of those students, The Young Columbians, were invited to the White House and performed a musical tribute to America during the Bicentennial Year (1976). The Young Columbians still perform today at special programs all over Maryland.

Born and raised in the Bronx, Toby attended New York’s famous High School of Performing Arts and graduated from Columbia University with a split degree in education and theatre. Toby received early inspiration from her work on Eleanor Roosevelt’s All Day Neighborhood School Project, a program designed to motivate and stimulate disaffected, under-privileged, inner-city youth to learn through the arts. She continues to work with students, parents and educators to “inspire with action, creativity and change through the arts.”

Over the years, as a respected leader and advocate for children and the arts, Toby has been regarded as the matriarch of the performing arts in Howard County and all of Maryland receiving countless honors. Among these are Columbian of the Year, Arts Advocate of the Year, Outstanding Woman in the Arts (MD State Department of Education) and is a Helen Hayes Award winner for Outstanding Direction in a Musical for her production of Jekyll and Hyde at Toby’s Dinner Theatre. She was also selected as a Marylander of Distinction by Maryland Life magazine and was inducted into both Howard County and the State of Maryland’s Woman’s Hall of Fame. Recently she was honored by the Howard County Commission on Disabilities with the Leadership Award for Accessibility.

In operation for 38 years, over 200 productions with over 90 Helen Hayes Award nominations, Toby has so much to be proud of and thankful for but nothing more so then her husband, two children and four grandchildren.