Concert Review: Cher at The Theater at MGM National Harbor 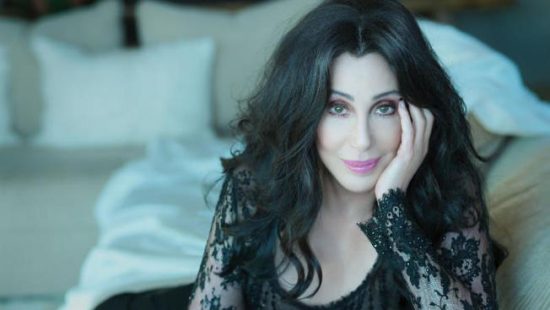 Cher glittered onto the stage Las Vegas style with an entertaining show on Friday night proving that age is just a number. The Theater at MGM National Harbor is a fantastic venue fit to host the diva with her five-piece band and dance troupe. For the performer who has entertained for more than half a century, the show was meticulous in detail, and every step and note choreographed and planned to perfection.

…a show not to be missed!

Cher will be sharing her time between Park Theater at Monte Carlo in Las Vegas throughout 2017 and the MGM in Prince George’s County.

The show kicked off fashionably late and came complete with frivolous fabulous flair and special effects. An animatronic elephant makes an appearance in the show during the song “Gayatri Mantra.”

From the moment the songstress hit the huge stage at the MGM with her signature black mane the audience were on their feet. She told a tale of appearing on David Letterman many years ago and shared with the followers and fans how she spent her 40th birthday in 1986. She continued to tell the audience that Jack Nicholson called her and told her she was too old and unattractive to appear in the “The Witches of Eastwick” beside him- she laughed. “I am now 70, so what is your grandmother doing tonight?”

This was the only interaction with the audience in the highly produced show which in many ways lost a little spontaneity. The pop diva was guided very strategically to her positions on stage. Churning out hit after hit “Women’s World,”  “Strong Enough,” “Gypsies Tramps & Thieves,” “Walking in Memphis,” “The Shoop Shoop Song,” and much more. Changing wigs as often as she changed costumes she also paid tribute to Sonny Bono as she song along with footage played out on a giant screen above the stage with “I got you, Babe.”  She also belted out “The beat goes on” over a film of the late Bono.

From the sets to the lighting to the choreography it’s a show not to be missed! A mixture of male and female dancers, filling the stage with well times choreography and acrobatics.

Did I mention there was an animatronic elephant? Talking about elephants, we have to talk about the white elephant in the room, not literally!

Many of the songs throughout the show were lip-synced by the charismatic performer, and she didn’t hide it well. At times she held her microphone very low to reveal her lips showing that the song was apparently not being performed live. For me, I think at 70 she has earned her stripes and proved her longevity as a performer. The audience didn’t seem to care as they all took to their feet during every song she sang. Later on in the show she seemed to warm up and belted out the tunes thousands of fans filled the MGM to hear. Her fans like her career span the decades complete with Cher and Sonny look-a-likes it was a happy crowd of people to be around.

How do you top descending from the ceiling of the theatre to kick off a show? It’s Cher! she did, and the show became more spectacular as it progressed. Each song creating a new scene with superbly choreographed dance routines which included two aerial performers who were mesmerising. As you would expect with each song came the elaborate and sexy costumes Cher has made her trademark through her career. It was ironic as I watched this legend sing “Turn back time” in a sheer body stocking and the body of a 30-year-old, it seems someone has fought time as she didn’t look like any grandmother I know.

A tribute to Elvis reminded her audience of her love for the Memphis sound complete with a video of her dressed as Elvis. A screen above the stage played out various snippets from her esteemed career, movies, and life throughout the show.

Just when you thought it was over, she hit the stage for an encore with “Believe” this included a great guitar solo that brought the house down.

The lights faded, the curtains closed and the show is over, the question remains how much longer will the beat go on for the actress and singer, excuse the pun! Recent media reports suggest she dropped out of filming a movie this week to deal with a serious family issue. Like many performers, she hid that well on stage and reminded the audience this is her second or third ‘farewell’ tour she couldn’t remember, but she said there wouldn’t be many more.