Concert Review: ‘Petrushka’ by the Baltimore Symphony Orchestra at Strathmore 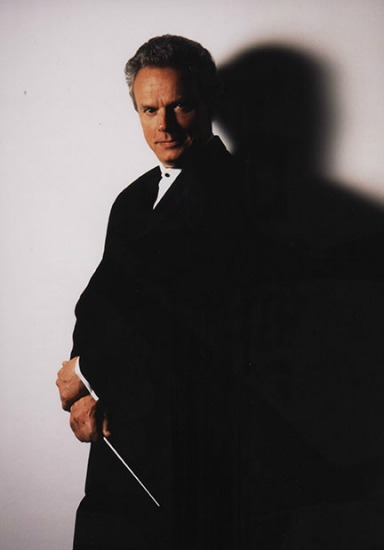 The Baltimore Symphony Orchestra’s “Petrushka” on Saturday night was a masterclass in ‘how to do’ orchestral music. An exciting and intelligent program, a captivating soloist and flawless playing might seem a simple formula but it is sometimes difficult to come by and a joy to experience when you do.  The cries of the death of classical music are exclusively from those not attending the Baltimore Symphony Orchestra’s concerts.

Billed as a “French-inspired” program, “Petrushka’s” success is much more than just geography, and for all that the works might share, there is an engaging diversity through the program.  The vivid, though distinct, orchestration of each work was met with sensitivity by the BSO, clearly sculpting their tone for each. The bright and direct sound of the string lines in Dukas’ “The Sorcerer’s Apprentice” immediately warmed for Chausson’s  little known “Poème”, while the orchestra produced an intimate sound, with plenty of space for the solo violin line in Ravel’s intricate, dance-like “Tzigane” before revealing a full and rounded sound for Stravinsky’s “Petrushka” in the second half.

Another through-line in these works is their explicit narrative structures. With the exception of Ravel’s “Tzigane” – more of a portrait-piece evoking the Romani musical tradition – each work has a story to tell. Dukas’ “The Sorcerer’s Apprentice” tells Goethe’s story of the apprentice who attempts to use magic while his master is away (and the catastrophic results), Chausson’s “Poème” was inspired by Turgenev’s short story “The Song of Triumphant Love” while Stravinsky’s famous ballet paints a picture of the melancholic love triangle between three puppets at the fair in St. Petersburg.

An exciting and intelligent program, a captivating soloist and flawless playing…

In this sense, the program serves to highlight one of the biggest divisions of 19th century music, between music that tells a story (‘program music’), and music which does not (‘absolute music’, for example a symphony). At that time, and sometimes even continuing to the present in some arenas, the former was seen as a lesser art than the latter. It’s interesting to note Chausson’s final title for his piece (he went through three) was simply “Poème”, no doubt attempting to neutralise the narrative that had inspired the work. Programs like this concert serve to demonstrate the damage such a division can do. By presenting some lesser-known and under-valued pieces of extraordinary music, that were historically deemed “lesser art”, this fallacy is show up for what it is.

While the Dukas is memorable for its bombast, its colour and energy (not to mention that catchy tune) it’s the moments of repose that really showed the Baltimore Symphony at its best under conductor Yan Pascal Tortelier’s assured direction. There are a number of extremely exposed moments in the piece (for example the very opening), as well as isolated moments of silence suddenly punctured by articulations from the horns and low woodwinds. Tortelier sculpted these with drama and precision. The frantic glockenspiel lines in the grander moments, urgent but precisely rendered, were also thrilling to watch and hear.

I often wonder what Dukas would have made of his work’s inclusion, a mere 5 years after his death, in Disney’s “Fantasia”. While it no doubt lead to a level of general recognition for the work unrivalled by most classical music, it also makes the image of Mickey Mouse hard to shake in any context. Aside from this, the piece is a textbook not just in the art of orchestration but also the craft of variation, with rarely a bar passing without some form of the main tune articulated somewhere in the orchestra.

Violin soloist, Augustin Hadelich, was gifted two works to demonstrate his dazzling facility. Chausson and Ravel both leave a large amount of orchestral space for the solo line, and make huge demands, in which Hadelich revelled. Returning to the stage after “Tzigane”, at the insistence of the audience, Hadelich’s effervescent and entrancing rendition of a Paganini “Caprice” was astonishing and evidence of a performer who is simply exceptional.

BSO’s “Petrushka” was performed Saturday March 25 at the Music Center at Strathmore, and on Friday March 24 and Sunday March 26 at the Joseph Meyerhof Symphony Hall. More info can be found online here.