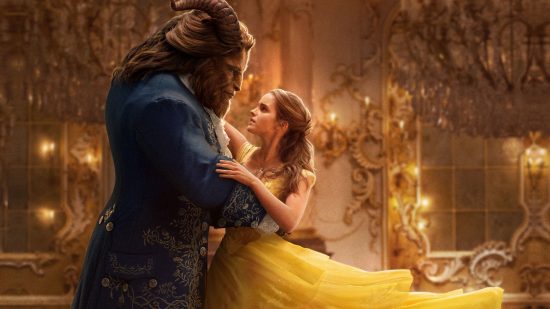 On a cold New Year’s Eve in 1991, my family took part in our annual ritual of seeing a movie; this year, it was Disney’s animated take on the tale of “Beauty and the Beast.” My 11 year-old self was utterly enchanted and it swiftly became my favorite film. In fact, I loved Disney’s take on this classic fairy tale so much that I also saw the Broadway musical in New York City when it was adapted in 1994 and was even cast as a Silly Girl when my local community theater produced the show years later. With this in mind, when I heard that Disney was remaking their landmark film, this time as a live-action version, I was excited… and worried. Could it possibly hold up to the film that I have held in such high regard for 25 years?

The answer is yes, yes, a thousand times yes. The magic I felt the very first time I saw this story onscreen was still there, with a fresh and well-rounded re-imagining. There is truly something for everyone.

…I highly recommend it.

For those who are unfamiliar with the story, “Beauty and the Beast,” is the story of Belle (Emma Watson), a beautiful and intelligent young woman who longs for more that her “poor, provincial town” has to offer. Things change quickly once her father (Kevin Kline) is taken prisoner by a Beast (Dan Stevens), who is under a terrible curse. To break this spell, he must learn to love and be loved in return. Once Belle takes her father’s place, the Beast’s equally cursed staff (Emma Thompson, Ian McClellan, Ewan McGregor, Stanley Tucci, and Audra McDonald) begin to hope that she might be the one to break the spell. However the villainous Gaston (Luke Evans) wants Belle for himself and with the help of his faithful side-kick LeFou (Josh Gad), will have her whether she likes it or not.

Present are all of the classic songs from the original film, most notably “Belle,” “Be Our Guest” and, of course, “Beauty and the Beast.” However, the filmmakers opted to exclude the songs that were added to fill out the Broadway musical, instead introducing three original songs for the remake: “How Does a Moment Last Forever,” “Days in the Sun” and “Evermore.” While I missed the catchy “Human Again” that was included in the re-issue of the animated feature, these new songs were strong additions to the story and created emotional connections.

There were several other changes to the story as well. Maurice is no longer the inventor of the story – that would be Belle. You see her create a washing machine to allow her more time for reading. You are also given more of a background into the Prince’s story, specifically how he came to be so stone-hearted. There is also more backstory provided for Belle as well, specifically to the absence of her mother. Tucci’s character is new and the Enchantress that curses the Prince and his servants take a more active role in the story. Most notably, however, is the correction of several huge plot holes that have been mentioned by fans of the animated film for years: the age of the Prince when cursed/how long the curse has lasted, how the Beast got on to Belle’s horse after the wolf attack and why the villagers had never noticed the huge castle so near their tiny village.

There were several controversies surrounding the film prior to its release. Probably the largest one was regarding the portrayal of LeFou as gay. Josh Gad plays LeFou expertly, making the character much more likable and relatable than his animated counterpart, while still retaining his comedic prowess. I feel that the controversy is largely overblown; they never make a huge deal about the character’s sexuality, he’s a person who happens to be gay. The focus is more about how difficult it can be loving someone that doesn’t love you back, which most people can relate to.

There was also some criticism about the choice to use CGI to render the Beast’s features, as opposed to makeup and prosthetics. I feel that ultimately they made the right decision, as even expert makeup would have been challenging in that scale could have greatly impeded Steven’s performance. Finally, there were concerns about the vocal abilities of the stars cast. While Watson is not the strongest singer, she has a clear, crisp voice that does the job. Stevens is solid and as anyone who has seen “Moulin Rouge!” can attest to, McGregor’s voice more than holds up to scrutiny. Broadway alums Gad and McDonald had nothing to worry about but for me the real pleasant surprise is Evans. His rich baritone shines in his musical numbers and I was very impressed with his deft ability to be, in turns, comedic and menacing.

There was a lot of room for this film to be a disaster. The fact that it is so successful is largely down to director Bill Condon, whose resume includes the incredibly successful movie musical “Dreamgirls.” The highest praise I can levy on this film is that I found myself, at several points, simply grinning at the screen with joy. It transported me. If you love the original or are completely new to this story, I highly recommend it. In a world that can sometimes be a dark and challenging place, “Beauty and the Beast” reminds you that sometimes dreams do come true, and you can change the world when you change your mind.