Concert Review: ‘Mussorgsky’s Pictures at an Exhibition’ by the National Philharmonic at the Music Center at Strathmore 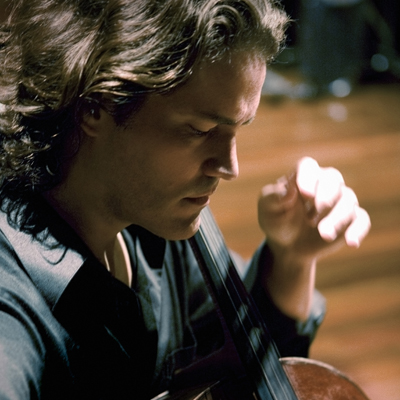 Renowned cellist Zuill Bailey masterfully performed Kol Nidrei and Schelomo: Rhapsodie Hebraique (both written for cello and orchestra). A classical cellist, soloist, chamber musician, recitalist, artistic director, and teacher, Bailey is one of the most sought after cellists of the day, and rightfully so; his technical precision, impeccable musicality, and highly charismatic stage presence solidify his place as one of the foremost cellists of the twenty-first century. It must be said that there’s something about the intrinsically mournful sound of a beautifully played cello; Bailey’s ability to tell a story through his music completely enamored audience members.

By the time his performance was over, a silent hush fell over audience members as we were literally left speechless, breathless, or some magnificent combination of the two. Both compositions were (at the very least) inspired by Jewish music. Although it has been said that Bruch’s Kol Nidrei lacks Jewish sentiment, it was inspired by a traditional Jewish melody. Conversely, Bloch’s Schelomo: Rhapsodie Hebraique is a series of two Jewish themes: the first a rhapsodic melodic line that emulates the voice of the cantor as he recites the Kol Nidrei during the evening service of Yom Kippur, and the second based on Isaac Nathan’s arrangement of “O Weep for Those That Wept on Babel’s Stream.”

Pictures at an Exhibition, composed by Russian composer Modest Petrovich Mussorgsky, is one of the composer’s most popular compositions. Originally written for piano solo, the programmatic work consists of 10 vignettes based on paintings completed by Mussorgsky’s friend, artist and architect Viktor Hartmann, who tragically died at the age of 39. A testament to the National Philharmonic’s commitment to quality educational programming, concertgoers were able to peruse an art walk of sorts in which artwork inspired by Mussorgsky’s 10 musical vignettes, created by Montgomery County Public School students, was displayed outside of the concert hall. National Philharmonic’s performance of Pictures at an Exhibition was exquisite. Musical director and conductor Piotr Gajewski demonstrated expert command of the orchestra and created an atmospheric sound that, without question, stayed true to Mussorgsky’s musical intentions.

The National Philharmonic’s program entitled “Mussorgsky’s Pictures at an Exhibition” was a perfect example of fantastic musicianship coupled with expertly curated programming. Additionally, the National Philharmonic’s visible efforts to expand their audience to include children, young and old, make them a welcomed member of the D.C. metropolitan area’s musical family.

Running Time: Approximately 1 hour and 30 minutes with a fifteen-minute intermission.

The National Philharmonic’s next performance will be Carl Orff’s seminal Carmina Burana on Saturday, May 20, 2017, at the Music Center at Strathmore. For tickets and more information, click here.