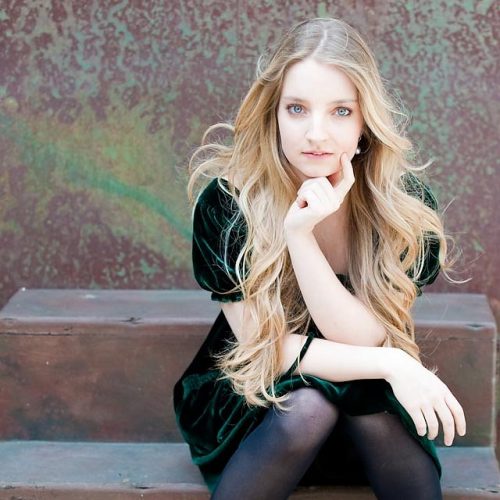 Mstislav Rostropovich had a long and storied relationship with the National Symphony Orchestra; first as an accomplished cellist in 1965 and later as the NSO’s fourth music director. While celebrated for his formidable musical talent and taste, he was equally well regarded for his considerable work for the cause of human rights. This most recent performance is part of an ongoing “Salute to Slava,” as he was affectionately known to his friends and the arts community, performed this past Thursday, Friday and Saturday, April 6-8th at the Kennedy Center’s Concert Hall.

…the performance is a tremendous achievement.

The three pieces selected for this concert were all composed by men Slava considered great friends and compatriots – Benjamin Britten, Sergei Prokofiev and Dmitri Shostakovich. Like Slava himself, all of these men were excellent pianists and prolific composers. Two of these composers were from the former Soviet Union, like Slava, and also like Slava, their artistic work drew the ire of the communist regime over the course of their careers. In fact, Slava assisted the son and grandson of Shostakovich in coming to the USA when they defected in 1981.

James Conlon serves as conductor for this performance. Conlon currently serves as Music Director of the LA Opera and Principal Conductor of the RAI National Symphony Orchestra in Torino, Italy, the first American to serve in that position in the Orchestra’s history. Like Slava, he also has an interest in the topic of human rights, promoting the works of composers silenced by the Nazi regime.

The piece by Britten is the “Four Sea Interludes” from his opera “Peter Grimes, Op.33a.” One of two orchestral pieces extracted from this opera, the “Four Sea Interludes” are “Dawn,” “Sunday Morning,” “Moonlight” and “Storm.” The NSO very successfully navigates the high highs and low lows of a piece that follows a complicated journey of the Opera’s protagonist. The richness of the brass section was a stand out for me, mimicking the bombast of the storm occurring within the opera. Conlon provides expert guidance over the varied piece.

The second selection is the “Piano Concerto No. 1 in D minor, Op. 16,” by Prokofiev, which features guest pianist Lise de la Salle. Coming to prominence at the tender age of 16, this virtuoso has performed all over the world at some of the most well-known concert halls in existence. Her performance in the equally iconic Kennedy Center did not disappoint. At turns pounding and gentle, de la Salle played this piece with all of the aplomb that her reputation has led the audience to expect. The rapid section at the beginning of the piece seemed effortless at her able hands and the flourish she would use at the end of sections illustrated the great passion she brings to her playing, in addition to the hard-practiced precision. While she stood out with her solos, she also played in excellent harmony during the sections that she shared with the NSO. All in all the piece was a triumph and an incredible combination of de la Salle’s and the NSO’s considerable talents.

Finally, the NSO performed “Symphony No. 5 in D minor, Op.47,” written by Shostakovich. This was written following a dangerous moment with his opera, “Lady Macbeth.” Stalin took a dislike to the highly popular opera, calling it “degenerate.” As a result, Shostakovich utilized a hermeneutic approach to his fifth symphony, as Conlon shares with the audience before the NSO’s performance of it. On the surface, Symphony No. 5 is beyond reproach, perfectly constructed as a classic symphony. However, to those who know the views and struggles of its author, the commentary is clear. Conlon details how people wept openly upon its debut, with the Largo almost a dirge to the death of the freedom of expression. NSO deftly plays this complex piece of music and effectively navigates all of the layers of meaning. From the gentle harp to the blasting of the horns to the soaring strings at the overly elaborate conclusion, the performance is a tremendous achievement.

The National Symphony Orchestra is under the musical direction of Christoph Eschenbach, and is in the midst of its eighty-sixth season. The next performance of the orchestra will be Beethoven’s Violin Concerto, from April  20th- April 22nd. For more information on tickets and other NSO events, please click here.