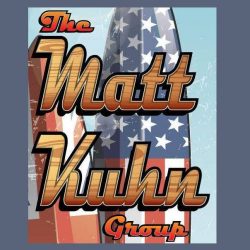 The Matt Kuhn Group will be performing at the Mardi Gras Celebration presented by the Kiwanis Club of Severna Park on Friday, April 7th at 7 PM at the The Severna Park Elk’s Club.

Matt Kuhn (vocals/guitar) has been performing for more than 40 years. Inspired by his dad who loved to croon his favorite jazz and show tunes while working around the house, Matt picked up the guitar at an early age and it has been his passion ever since. His musical influences are wide-ranging and read like a history of American popular music, garnered through a wealth of experience beginning with his high school jazz ensemble and continuing through a series of top-notch cover bands playing everything from Led Zeppelin to The Four Tops to Conway Twitty.

He likes to create his own unique interpretations of classic tunes: Big band swing with a contemporary twist a la Brian Setzer; Jimmy Buffett tunes; Authentic surf rock from The Beach Boys, The Ventures, and The Lonely Boys; A collection of British Invasion hits i.e. The Beatles, The Rolling Stones, The Dave Clark Five, Herman’s Hermits, and, yes, even The Monkees! He will even throw in a little Johnny Cash if the mood is right.

It’s fun! It’s upbeat! It will get you dancin’!  You may event want to sing along! 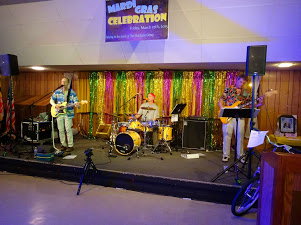 The Kiwanis Club of Severna Park would like to invite everyone to their Mardi Gras fundraiser celebration!!  All of the money raised will be used for scholarships and other programs throughout the year. 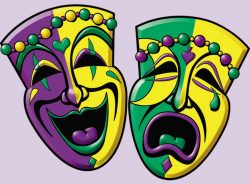