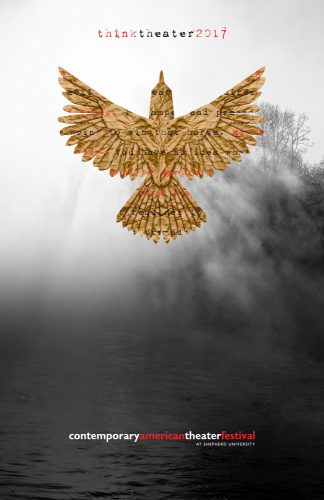 Normally when a theatre company rolls out its new season there’s little to do but listen to boring speeches, nosh a little, drink a lot, and pretend to schmooze with Board members you’ll never seen again for the rest of your days.

These, however, are not normal times.  With the new administration’s full-frontal assault on the arts, everyone in the room is an ally and the word is:  activism.  That’s why Ed Herenden, the Founder and Artistic Director of the Contemporary American Theater Festival (CATF), made a point of introducing Randall Reed-Smith, Commissioner of the West Virginia Division of Culture and History , at the rollout for CATF’s 2017 summer season.

Smith reminded the packed crowd at Busboys & Poets’ K St. venue that West Virginia’s political leaders are fully behind maintaining funding for the National Endowment for the Arts, and urged everyone in the room – representing numerous states up and down the Eastern seaboard—to write their representatives and voice their support for the NEA and everything it stands for.

I’ll get to the fantastic season CATF has in store, but right now, close this window – open Word, and start writing that letter.  Tell you congressmen, your senators, your governor, everyone, how much the arts means to you and why Federal support for the arts is vital, providing the seed money from which great institutions like CATF can grow strong.  Nobody’s expecting an all-expenses paid ride, and Lord knows local artists provide tons of sweat equity for every production we raise.  It’s the kick-start of government support that we desperately need; it’s also our sweat equity that has led to economic revitalization wherever we tread the boards.  Remind them of that, too.

Given the temper of the times, CATF could have done the typical, liberal thing and chosen safe scripts that appeal to the stereotypical left’s stereotypical values.  To do that, however, would have been to betray everything the theatre stands for; we’re not now and never have been in the business of comforting the comfortable.  Protests?  Yeah, we do that, and pretty well, and if you want to get all radical there’s a show or two here for you.

But this year’s CATF also offers pieces that will make you squirm, dig under your skin and remind you that we’re not the angels we make ourselves out to be.  Sure, in the comfort of our living rooms we’re all Nobel Peace Prize finalists; what ruins our chances are all those damned people we have to put up with every time we step out the door.

Consider “The Niceties,” Eleanor Burgess’ play about a confrontation between a first-wave feminist professor and a frustrated millennial protégé.  Even if no punches get thrown, be prepared for a verbal bloodbath of epic proportions in CATF’s Studio 112 space.  This same black-box stage will also host Allison Gregory’s “Wild Horses,” a one-woman show recounting a pivotal summer in her coming of age (the title, no doubt, is a nod to one of the Rolling Stones’ most famous ballads).  Gregory stunned audiences last year with “Not Medea,” a brilliant modern-day take on the old Greek myth, and this promises to be another moving journey.

CATF’s facilities on the Shepherd University campus also feature the Marinoff Theater, an intimate in-the-round space that admits to various configurations and has hosted some of the most radical pieces in their repertoire.  This year is no exception, with Kara Lee Corthron’s “Welcome to Fear City,” a story set in the Bronx of the late 1970’s, the days of hip-hop’s infancy.  Profanity-laden and filled with youthful angst, this show may not be for all audiences but it promises a vivid portrayal of New York City during one of its most difficult, and yet most artistically fertile periods. 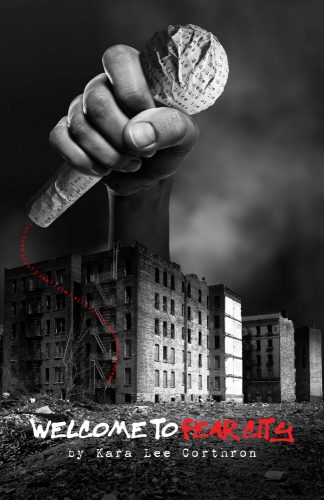 Sharing the Marinoff stage will be another compelling story of youthful rebellion, but from a different era.  David Meyers’ “We Will Not be Silent” is set in 1940’s Germany, when Sophie Scholl and her classmates created the White Rose movement, advocating the non-violent overthrow of Adolf Hitler.  Those who participated in the post-inaugural march on Washington this year may recall numerous women wearing white roses – a silent testament to Scholl’s example, and to the determination of many to protest peacefully, respectfully, in the hopes of a better world and a more humane government.  With renewed attention to the White Rose (including a major film released just last year), this should be a rare opportunity to commune with one of history’s most compelling, unsung heroes.

Perhaps the most complex and challenging shows will take the Frank Center Stage this year; Evan Linder’s “Byhalia, Mississippi” explores the lives of America’s forgotten rural population, the “white trash” whom the self-anointed are constantly condemning on social media for their ignorance.  Linder’s play will take on issues of class and race in a way that should be riveting.  Sharing the main stage will be Chelsea Marcantel’s “Everything is Wonderful,” which focuses another marginalized American community—the Amish.  Mercantel’s play centers on one family’s attempt to live by their faith; a man who took the lives of two Amish boys moves in with their family, but his arrival sets off a sequence of events that will test everyone’s limits.

The 2017 Contemporary American Theater Festival runs July 7-30 on the campus of Shepherd University in nearby Shepherdstown, West Virginia.