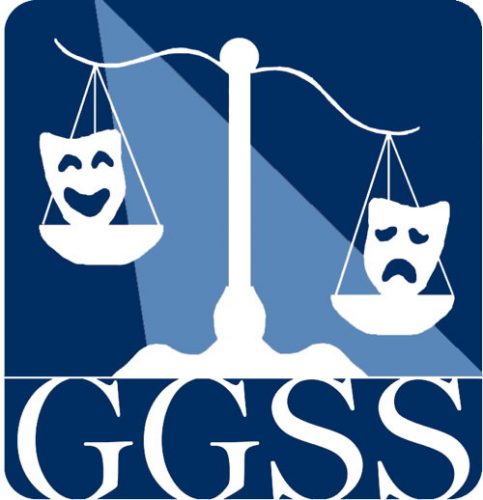 My acquaintance with Gilbert and Sullivan began, as most high school theatre kids’ do, with the tongue twister song “Modern Major General” from “The Pirates of Penzance.” We would gather in a circle and speak-sing this bizarre declaration before a ship shaped poster of the High School’s former production of the comic opera. Even though this is one of my fondest memories, I am ashamed to admit I’d never gotten around to seeing an actual Gilbert and Sullivan production (the production was well before my time).  I can say wholeheartedly that I’m so glad to have started with this one!

“H.M.S. Pinafore” is the story of a ship captain’s daughter who falls in love with one of her father’s lowly sailors. Her father expressly forbids it (as fathers in operas are wont to do) in favor of a match with the First Lord of the British Navy. Hilarity ensues. Georgetown Gilbert and Sullivan’s Society’s production, directed by esteemed actor Greg Thompson, who makes his DC directorial debut with this production, is side-splittingly funny.

The Georgetown Gilbert and Sullivan’s society’s’ “Pinafore” is a true delight all the way through!

Mary Claire Sullivan plays a wonderful Josephine, the captain’s beautiful daughter. Her voice is nothing short of remarkable, which is understandable being that she graduated with a degree in Classical Voice from the University of Michigan. Her comedic timing is impeccable, and her chemistry with Ralph Rackstraw, played by GGSS veteran Noah Rich, is electric, especially in the song “Refrain, audacious tar.”  Rich himself has a gorgeous tenor voice that is so imperative for the pining love interest.

Commander Corcoran, the captain of the Pinafore, is played by Alexander Sanyshyn, Sanyshyn reaps the humor of the character quite well, especially in a scene where he is slightly inebriated. He has a similar raw tenor quality that makes the melodies of the show so sweet. Buttercup, a Bumboat woman, played by Justine Summers, is equally as enchanting with her smooth contralto. Talk about impressive, she’s a doctor! Like Sullivan and Rich, Sanyshyn and Summers work equally well together. Their duet “Things are seldom what they seem” is impossible not to smile through!

The engaging John Condray plays the hilarious Rt. Hon. Sir Joseph Porter, KCB First Lord of the Admiralty, especially in the famous “First Lord’s song.” But the true highlight of the show is his trio with Josephine and the Captain, “Nevermind the Why and Wherefore.”  By day, Condray is employed as a senior ethics attorney by the United States Navy! He lights up the stage along with his chorus of “his sisters and his cousins and his aunts.”

Dick Deadeye, an unpleasant Igor-like character that the other characters inexplicably despise, is played by truly hilarious Peregrine Russell-Hunter. An adjunct Professor of Law, he is known for his roles in Shakespeare and Shakespeare-inspired plays.

It is clear from the technical aspects of the show that the ideas of the class extremes were a priority in the technical designs. The costumes are more 1950s that 1850s. The parallels between the class anxiety of the two decades are not surprising. The set similarly reflects the idea of two sides to the coin: On one side is the menial and lowly bunk rooms of the sailors and on the other  Josephine’s affluent stateroom. In the middle sits the captain’s desk, as he serves as a link between the two worlds.

The Georgetown Gilbert and Sullivan’s society’s’ “Pinafore” is a true delight all the way through! One could even argue it’s slightly timely— the First Lord character is presumably based on W.H. Smith, a politician who was appointed to First Lord of the British Navy, who had no nautical experience whatsoever. In an era full of terrifying daily nonsense, the nonsense of this lighthearted comedy is like a well-needed balm. Even more so, this production is an example of the incredible things that could happen when people in a community form bonds through a love of laughter and music. What a delight!

“H.M.S Pinafore” plays through April 19–22, 2017 at the Hart Auditorium in the Georgetown Law Center. For tickets, please visit their website.