Concert Review: ‘Carmina Burana’ by the National Philharmonic at the Music Center at Strathmore 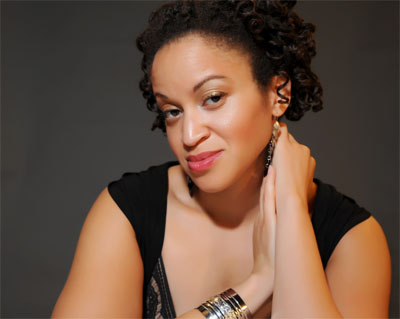 It’s no secret that orchestral music is cherished by many, and rightfully so! The intertwinement of a multitude of textures and timbres creates a lush soundscape that’s hard not to love. Even still, it’s hard for a group of instrumentalists, no matter how talented, to compete with the human voice. As the old adage goes, if you can’t beat ‘em, why not join ‘em right? Well, the National Philharmonic has elected to do just that with the inclusion of four choruses, totaling over 200 singers, in order to present a wonderful program of choral works for our listening pleasure.

On Saturday, May 20th at the Music Center at Strathmore, the National Philharmonic presented a program of choral works including Andreas Makris’ Alleluia, Pyotr llych Tchaikovsky’s 1812 Overture (with chorus), and Carl Orff’s celebrated Carmina Burana.

The National Philharmonic’s interpretation of Carmina Burana was impeccable and the soloists’ portrayal of the text complemented the humorous nature of the work.

One of the best-known works of the 20th century, the opening of Carl Orff’s secular cantata is recognizable to almost all who hear it. Composed between 1935 and 1936, Carmina Burana translates to Songs of Beuren (referring to the Benedictine monastery of Benediktbeuren in Bavaria) and was inspired by a collection of poems that were written approximately between the 11th and 13th centuries by (apparently) defrocked monks and minstrels. Orff selected 24 of the poems (out of over 1000) that humorously covered topics such as drunkenness, nature, gambling, love, and lust (amongst others) and set them to music.

The National Philharmonic’s interpretation of Carmina Burana was impeccable and the soloists’ portrayal of the text complemented the humorous nature of the work. Soloists included Marlissa Hudson (soprano), Robert Baker (tenor) and Brandon Hendrickson (baritone); all did a lovely job of bringing Orff’s vision to life. Robert Baker’s portrayal of “Song of the Roast Swan” in which he performed the verse of the poem from several different locations within the promenade and grand tier boxes, eventually receiving an empathetic pat on the shoulder from a chorus member who, apparently, felt his pain was certainly one of the many highlights of the evening and caused the entire symphony hall to erupt in laughter. Additionally, It must be pointed out that Brandon Hendrickson (substitute for Philip Cutlip) did an equally fantastic job portraying a gambling, lovesick drunk, as did Marlissa Hudson in her portrayal of a lust-worthy love interest.

The National Philharmonic never ceases to impress and, under the leadership of Music Director and Conductor Piotr Gajewski, always puts on a good show. Please visit their website for more information regarding their 2017-2018 concert season and don’t forget to bring the entire family; their ALL KIDS, ALL FREE, ALL THE TIME initiative is still in full effect!

The National Philharmonic’s 2016-2017 concert season has ended. However, please check out their website for news regarding the upcoming 2017-2018 season. For tickets and more information, click here.