1. Noises Off at Everyman Theatre.

“You will never laugh so hard in your life or have so much fun at the theatre.” – Lynne Menefee.

Synopsis: Everyman’s Resident Company of actors transforms into a British company of actors in this “side-splitting” (NY Magazine) farce to end all farces. With their opening night on London’s West End just hours away, a cast of actors staggers through rehearsal. Just when the director thinks things couldn’t get worse—they do. With lost lines, love triangles and sardines flying, pandemonium takes over before intermission. Can the cast pull their act together both in front of the footlights and behind the curtain? A love-letter to the thrilling and unpredictable nature of the stage, Noises Off will leave you rolling in the aisles as everything that could go wrong, does go wrong. 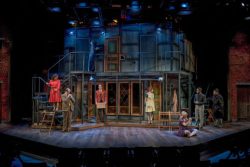 “PRT succeeds in mounting a traditional and more than competent production of this seminal Williams work.” – Peter Orvetti

Synopsis: This is the classic American story of the Wingfield family, unable to move on from the past, the youngest son Tom torn between moving on to follow his dreams and staying at home to preserve the delicate illusions that they’ve lived in for so long. A charming, moving, and ultimately haunting play, The Glass Menagerie launched Tennessee Williams’ career and firmly claimed his place as one of America’s foremost playwrights of the 20th Century. 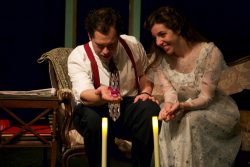 “Her winning turn is the driving force between soap and substance in the show.” – Brian Bochicchio.

Synopsis: Dawn Ursula stars as Catherine, the bereaved daughter of a brilliant, but chronically mentally ill mathematician. Catherine worries that she has inherited her father’s mental illness, but more central to the drama is whether she also inherited his genius. A penetrating mystery at the center of the play and the stellar cast illuminates the ways in which family and lovers play into and defy expectations. Craig Wallace returns to Olney Theatre Center, where he last appeared as Prospero in The Tempest, to undertake the role of Robert, the brilliant mathematician whose movements between sanity and brilliance are the polestars by which Catherine has lived her life. Longtime DC favorite Aakhu TuahNera Freeman, plays Catherine’s successful older sister Claire. 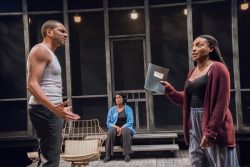 “Whether you are already a fan of this musical or are looking into seeing this story for the first time, I highly recommend their production.” – Kristin Franco.

Synopsis: The icon. His traitor. The most famous story ever told. Experience Andrew Lloyd Webber and Tim Rice’s stunning award-winning rock opera in a sleek, modern, environmental production. With the legendary songs “What’s the Buzz,” “I Don’t Know How to Love Him,” “Everything’s Alright” and the title song, Joe Calarco (Gypsy) directs this dazzling and fiery epic of celebrity, passion, guilt and salvation. 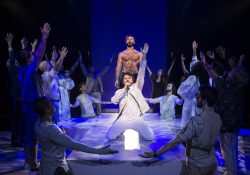 5. Dear Friends at Just Off Broadway.

“There’s a lot to recommend this outing (and I do mean outing).” – Timoth David Copney.

Synopsis: With the intention of patching up the dissolved marriage of a pair of their friends, three couples assemble for a party at the apartment of one of the couples. The estranged couple arrive separately—with no hint that the real purpose of the party is to get them to reconcile. When it becomes apparent what their friends’ motive is, they decide to leave. But at their friends’ pleading they stay—not only to discuss their own problems, but to expose the skeletons in the other couples’ closets as well. Gradually, tensions and antagonisms begin to erupt. One by one, the “dear friends” lash out at each other until the facade of affection and kindliness is stripped away. What is left is brash reality: to probe into the lives of others is to risk the disquieting examination of one’s own failures. 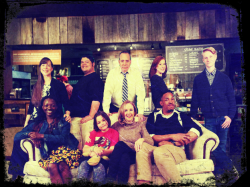