Synopsis: When sassy showgirl Deloris Van Cartier witnesses a murder, she’s put in protective custody in an unexpected place: a convent! Disguised as a nun, she finds herself at odds with both the rigid lifestyle and the uptight Mother Superior. Using her disco moves and singing talent to inspire the choir, Deloris breathes new life into the community but, in doing so, blows her cover. Soon the gang is giving chase, only to find themselves up against Deloris and the power of her newly found sisterhood. A feel-good musical comedy smash based on the hit 1992 film starring Whoopi Goldberg, Sister Act is a sparkling tribute to the universal power of friendship. Filled with rousing music, outrageous dancing, and a truly moving story, the show will give you good reason to REJOICE! 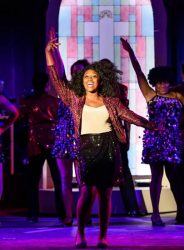 “…a stirring, magnificent curtain call for an actor at the peak of his powers.” – Norah Dick. 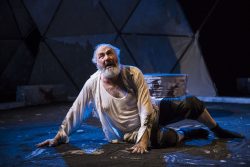 3. She Kills Monsters at Spotlighters Theatre.

Synopsis: WINNER – 2013 AATE Distinguished Play Award A comedic romp into the world of fantasy role-playing games, She Kills Monsters tells the story of Agnes Evans as she leaves her childhood home in Ohio following the death of her teenage sister, Tilly.  When Agnes finds Tilly’s Dungeons & Dragons notebook, however, she stumbles into a journey of discovery and action-packed adventure in the imaginary world that was Tilly’s refuge.  In this high-octane dramatic comedy laden with homicidal fairies, nasty ogres, and 90s pop culture, acclaimed young playwright Qui Nguyen offers a heart-pounding homage to the geek and warrior within us all. 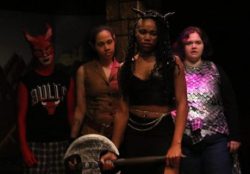 4. Doubt, A Parable by SeeNoSun OnStage at Anacostia Arts Center.

Synopsis: Doubt: A Parable delves into the murky shadows of moral certainty and balances on the thin line between truth and consequences. This exquisite, potent drama will raise questions and answer none, leaving the audience to grapple with the discomfort of their uncertainties. 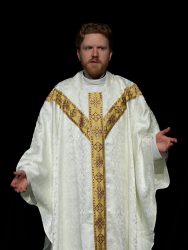 Synopsis: In a town like you’d see in any musical, the government is being controlled by a billionaire turned civic leader that profits by abolishing private toilets and charging admission to corporate-run bathrooms for one of humanity’s most basic needs: urinating. Amid the people, a hero decides he’s had enough, and plans a revolution to lead them all to freedom! 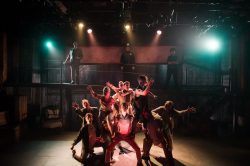