‘A Quick 5’ with Wood Van Meter 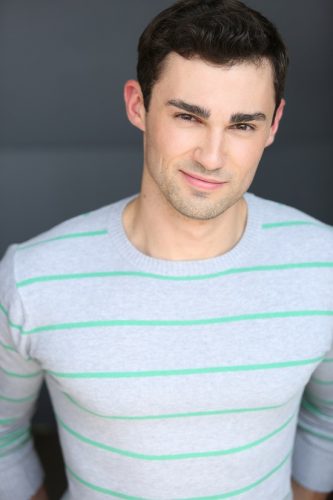 Why is being an actor your dream job?

I really love being able to dive in to characters and understanding how they function and finding the humanity underneath the exterior, all in relation to the overall story that’s being told. Playing Joseph is definitely a dream!

Playing the role of Joseph is a big responsibility.  Why do you think Joseph is classified as a Biblical Hero and how does God play an important role in his life?

I think people respond so strongly to Joseph’s story because he holds true to what he believes throughout his journey, and he never gives up on his dream. It is such a symbol of hope and perseverance, and it is an incredible honor to be able to tell his story. One thing I really love about this musical is that although it’s rooted in the bible, it’s a universal story regardless of your religious affiliations.  God’s name is actually never mentioned in the play, so the higher power that guides Joseph on his journey can be defined by whatever the person watching it believes in. That being said, I believe his presence is felt in this production and with the help of our amazing directors Mark Minnick and Toby Orenstein, we have created a relationship between the two, even though he isn’t a character on stage.  I think Joseph realizes that his gift and his struggle is about something bigger than him, and he feels that he is being watched over.

The coat is a symbol of Jacob’s preference of Joseph over his other sons. How many colors are on the “amazing technicolor dreamcoat?” What is your favorite color on the coat and why?

There are 29 colors (THAT WE KNOW OF) on Joseph’s coat, and by some miracle I have never screwed up the order! I can’t say I have a particular favorite color, but I really love how the list of colors builds in energy as they go from more ordinary (Red, yellow, green) to quire specific (azure, lemon, russet) and Joseph gets more and more excited as he discovers more and more colors. 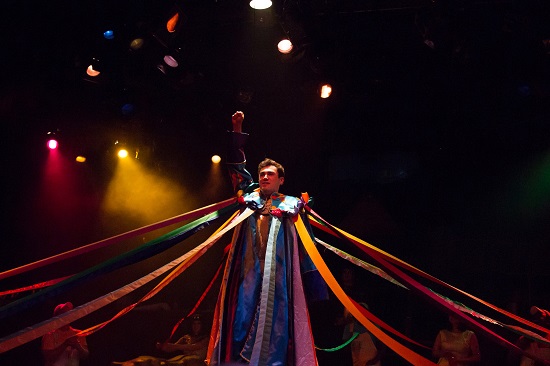 How does it make you feel when you are wearing the coat of many colors?

It is such an empowering feeling! I spoke with the costumer before we began rehearsals and we discussed what we think the coat really represents, and we both see it as a symbol of family.  I think this moment is really displayed in the last scene where all of these beautiful ribbons extend out of the coat into the hands of Josephs brothers, and you see all of the beautiful family connections that are made.

I love being outside, particularly when it’s a little bit colder.  I try to walk or hike when I get a chance.  I play guitar and piano, which relaxes me a lot.  Since living in DC, I’ve definitely gotten more interested in politics, even though I still have a lot to learn. Of course, like anyone else, I spend way too much time watching Netflix.  While in Joseph, I spend most of my additional time resting and going to the gym.