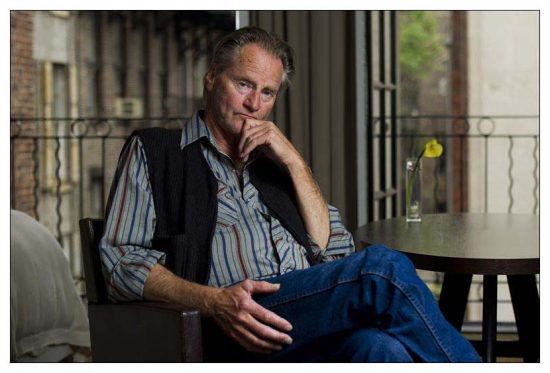 Within a few days of Sam Shepard’s passing from complications of amyotrophic lateral sclerosis (Lou Gehrig’s Disease) on July 27, the Red Theater in Chicago announced it would be adding “True West,” one of the playwright’s better-known works, to its season.

Many tributes have been paid to the prolific (some 55 dramatic works penned), talented, and iconic playwright, director, author, and actor.

Many American plays, at least since Eugene O’Neill, have concerned dysfunctional families. Shepard went further. He wrote about decay, not only of the family but of the American Dream itself. Disillusionment is near-total: his plays can be unrelentingly bleak, suffused with black humor, yet someway poetic, about rootless characters on the margins.

Shepard’s plays are sometimes rich in symbolism and images but thin on plot. “Buried Child” – which won a Pulitzer Prize in 1979—confronts incest, bullying, murder, and a morally failed clergy. In what seems like a realistic family drama, he has included surrealistic elements

In “Fool of Love,” the incestuous theme surfaces again, as a couple simultaneously runs toward and away from each other. “Curse of the Starving Class” examines a family on a rundown farm, hopelessly looking for freedom and meaning.

Shepard’s visage – craggily handsome until the illness took its toll – was instantly recognizable, especially to those familiar with his movie roles. Nominated for an Oscar for “The Right Stuff,” he also appeared in such films as “Days of Heaven,” “August: Osage County,” and “The Notebook.”

The versatile Shepard staged many of his plays, winning 10 Obie Awards from 1966-1984 for writing and directing. He taught classes and seminars; published books of short stories, essays, and memoirs; and wrote songs with Bob Dylan, among others.

According to The New York Times, Shepard once explained his works’ ambiguity through the way he created characters: “I mean, you have these assumptions about somebody and all of a sudden this other thing appears. Where is that coming from? That’s the mystery. That’s what’s so fascinating.”

Shepard had his demons – a drifter alcoholic father and drinking problems of his own. Once married, he lived with actor Jessica Lange for nearly three decades, but expressed skepticism about romantic relationships.

Ed Harris, who performed three decades ago in “Fool for Love,” stated after Shepard’s death: “I loved Sam. He has been a huge part of my life, who I am, and he will remain so.”