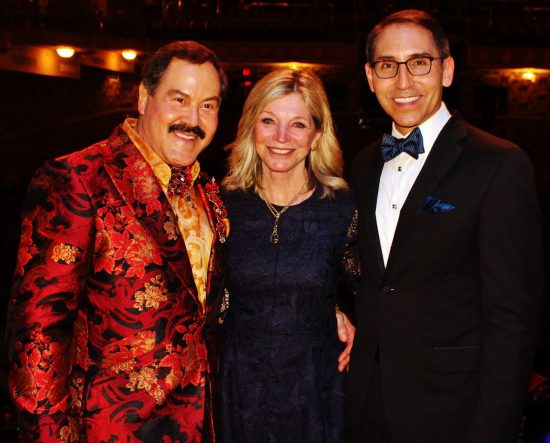 On Thursday, September 14, 2017 at 7 pm, the 32nd Annual Mayor’s Arts Awards were held at the Historic Lincoln Theatre.   Malcolm Barnes from DMV202ARTS was there to cover this important event.  Below you will find his summary of the event along with the photos that he took.

In a celebration of the $2.9 Billion Dollar ‘Creative Economy’ Mayor Muriel Bowser topped off a month long celebration of #202CREATES with an evening of prestigious awards to senior icons and newly minted talent. (c) 2017 Malcolm Lewis Barnes – DMV202ARTS.

The Lifetime Achievement award went to Wilhelmina Cole Holladay founder of the National Museum of Women in the Arts over 35 years ago in 1981, after a lifetime of collecting art since the 1960s. But the house favorites were Dave Yarborough, the jazz musician and Duke Ellington mentor and teacher who received the Distinguished Honors award, Ari Roth of Mosaic Theater who received the Visionary Leadership award; and local writer Taylor Johnson, who received the Larry Neal Writer’s Award.

The evening was wrapped up by a finale dance performance by SOLE Defined that had DC Commission on the Arts & Humanities Executive Director Arthur Espinoza; Commission Chair Kay Kendal and Awards Committee Chair Jose Alberto Uckles cutting a rug and bringing the house down before the evening was capped off by a decadent sweet desert and wine bar reception. 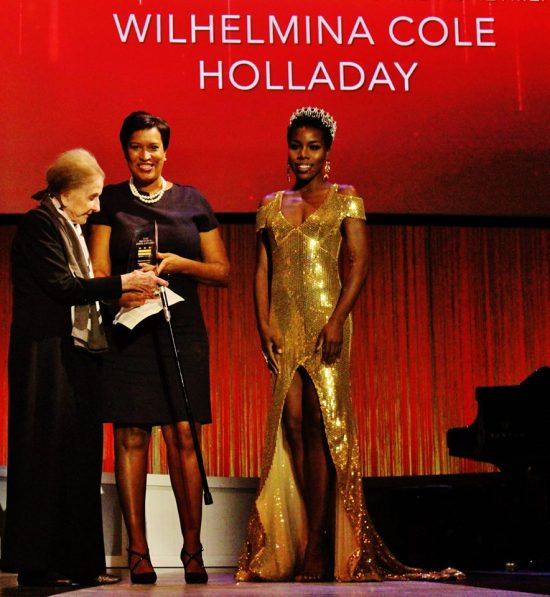 Mayor Bowser presents ‘LIFETIME ACHEIVEMENT’ award to Wilhelmina Cole Holladay for her role in founding the National Museum for Women in the Arts! Miss DC USA Ryann Richardson was the award attendant. Photo by Malcolm Barnes. 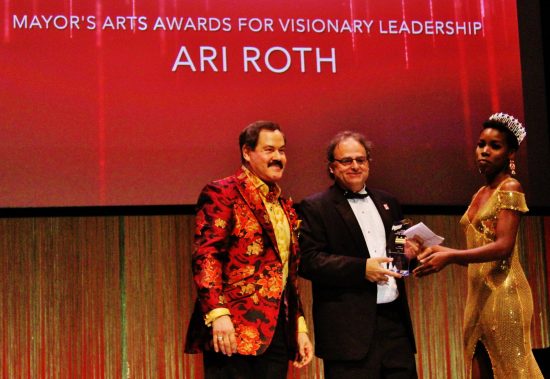 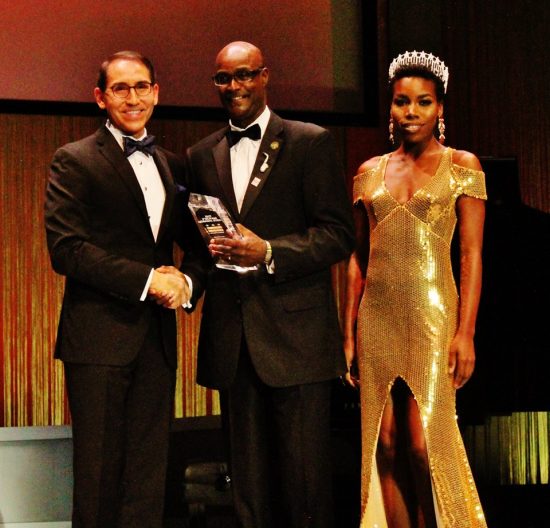 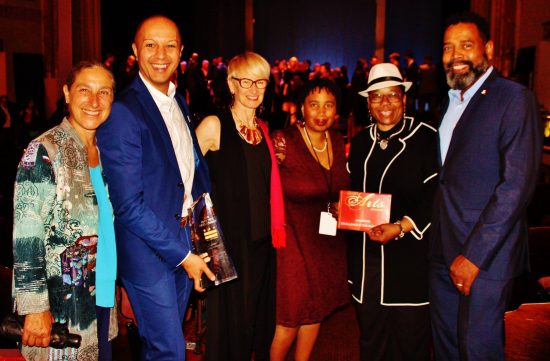 DANCE PLACE founders Carla Perlo and Deborah Riley in between new Artistic Director Christopher Morgan are joined by Sheila Alexander Reid, Director of the Mayor’s LGBTQ Office and others to congratulate DANCE PLACE for their ‘EXCELLENCE IN PERFORMING ATS’ award. Photo by Malcolm Barnes. 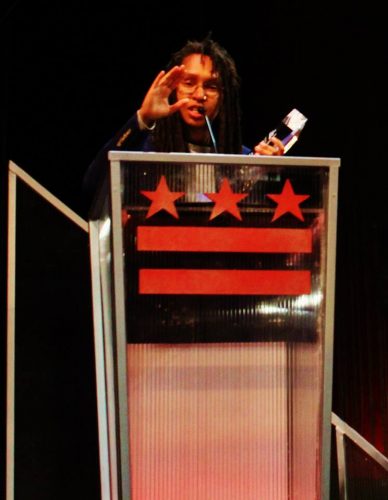 The Larry Neal Writer’s Award winner Taylor Johnson thanked her parents for their patience and support in her developmental years that led to this award. Photo by Malcolm Barnes. 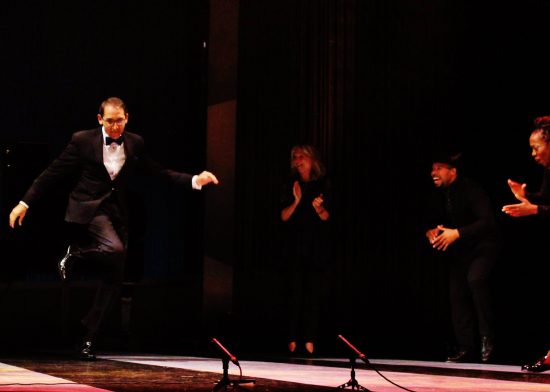 Arthur Espinoza took the lead on the Soul Train line to close out the FINALE along with the SOLE DEFINED dancers as Chair Kay Kendall looks on! Photo by Malcolm Barnes. 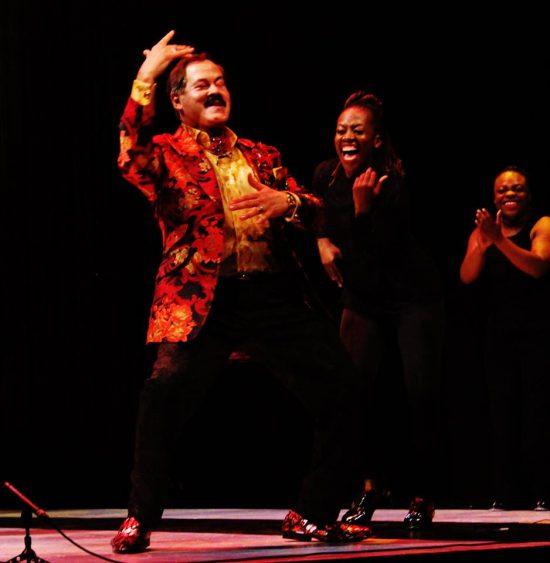 Jose Alberto Ucles was having so much fun that it became infectious as the ‘professional’ dancers try to keep up! Photo by Malcolm Barnes.

There were more than just awards as the Pan American Symphony Orchestra performed with a pair of magical TANGO dancers! Photo by Malcolm Barnes.