Theatre Review: ‘Clue: The Musical’ at Artistic Synergy of Baltimore 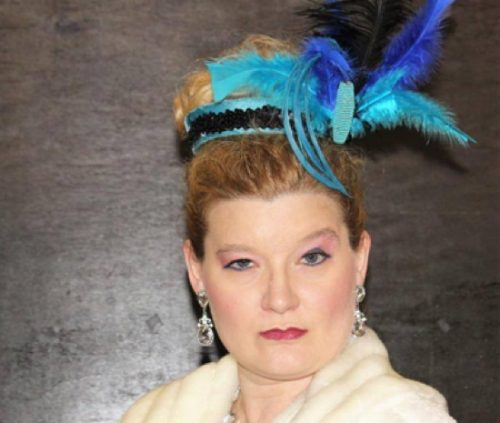 Who wouldn’t want to be immersed in a classic board game full of mystery and fun? Add in music and a talented cast and you have an evening out guaranteed to entertain.

Artistic Synergy of Baltimore presents “Clue: The Musical” (Based on the Parker Brother’s Board Game that the players move from room to room in a mansion to solve the mystery of who done it, with what, and where?). Book by Peter DePietro, Music by Galen Blum, Wayne Barker and Vinnie Martucci, Lyrics by Tom Chiodo and directed by Nickolas Epps.

…an evening out guaranteed to entertain.

The fun and the inclusion comes right at the start of the show. Like the board game, three cards are drawn, for this show three volunteers from the audience get the honor, to determine the who, what and where the murder occurred, with what weapon and which character. Yes, this show has a different ending with each show and the cast handles that with ease.

Mr. Boddy acts as the audience’s guide by addressing us directly and giving clues throughout the show. We also have a game card to fill out, located on the back of the program, to keep tabs on all the clues. (So fun!) James Gilbert plays Mr. Boddy with all the needed personality and booming voice to carry the show.

All the classic characters are present with the addition of The Detective (played by Stacey Cosden) that makes an appearance in the second Act. Ashley Gerhardt plays Mrs. Peacock and she really shines with her clear voice and facial expression. Gerhardt’s song, “Once a Widow” is humorous and she sang it well.

Wayne Ivusich plays Professor Plum, Rick Long plays Colonel Mustard and Hasheem Brin is Mr. Green. All three men were enjoyable and they looked like they jumped right out of the Clue board game. Olivia Winter is a young and sexy Miss Scarlet and Ciahna Heck plays Mrs. White as a sassy maid with tons of personality.

My daughter and I quietly gathered our clues and compared our findings before the big reveal. Guess who got all the clues correct and deducted the who, what, where correctly – my daughter. I missed the weapon. I thought it was the lead pipe, but for this show, it was the wrench. Oh well, I still had a wonderful time!

There is only one more weekend left to get your mystery on! So, get a clue and go!

“Clue: The Musical” plays through September 17, 2017, at Artistic Synergy in the basement of the Prince of Peace Lutheran Church— 8212 Philadelphia Road in Rosedale, MD. For tickets call the box office at (410) 833-5181 or purchase them online.