‘A Quick 5’ with Rebecca Downs 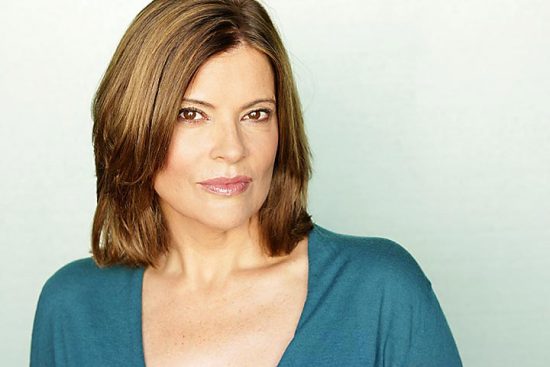 A native of Boston, Rebecca Kyler Downs studied theatre at Tufts University and took a Master of Music in Operatic performance at Boston Conservatory. She has worked professionally as a performing artist ever since.

As an actor she has guest-starred on TV shows like “CSI Miami,” “Robbery Homicide Division,” “Will And Grace,” “Another World,” and “Everybody Loves Raymond.” She has shot independent features in NY, Atlanta and LA, and done voices for cartoons and video games including “Spider Man,” “Rocky Rabbit,” “Heretic,” and the entire “World Of Warcraft” series. Her commercials for products such as Fed-Ex, Toyota, Taco Bell, Applebees, Lexus and Verizon kept her housed and fed, and all of these projects offered opportunities to work with some wonderful actors and directors: Robert Hayes, Ed Asner, Tom Sizemore and Joe Johnston.

On stage she has worked on both coasts. Her last play before leaving for LA was Off-Broadway production of “Dancing With Miracles” at The Whole Theater Co. Some favorite stage roles include the psycho baton twirler in “Talking With…,” Cassandra in “Agamemnon,” Ruth in “The Homecoming,” and Lillian LaFleur in “Nine.” And now Katherine from “33 Variations” tops that list.

“33 Variations” runs through November 12 at The Colonial Players of Annapolis. For more information, click here.

What is your character searching for as Dr. Katherine Brandt in “33 Variations?”

Katherine’s quest changes during the show, altered by her illness, by the relationships she creates and the discoveries she makes. At first she seeks to immerse herself in her work because it is who she is. As she gets sicker it saves her from her fear, giving her a place to go in her head when she cannot face what is happening to her. And then slowly her quest whittles away into a quest for more basic truths about love and life and creation…and death. 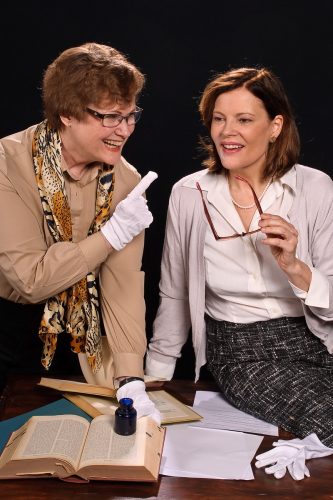 Jean Berard and Rebecca Downs. 33 Variations. Photo by The Colonial Players of Annapolis.

In the play you are a musicologist. In real life, do you play any instruments?

I was trained classically as a pianist and opera singer. I have worked much of my life as a singer (jazz) and songwriter. Everyone in my family sings and plays music.

As an actress, what are some of the challenges of playing a character that has ALS?

It was very important to me to get it right. So I did a lot of research, and it was heart wrenching. There are so many brave souls who have shared their fight online, and they were my teachers. As an actress, I had to be specific. I started by focusing on small changes – muscle cramps and weakness in my left hand. The challenge in every performance is to make sure I demonstrate the challenges by FIGHTING them, not by being hobbled by them. As the ALS progresses the script refers to my tongue beginning to lose function. That was very difficult because I needed to make that happen, and yet still be understood by the audience. And I didn’t want difficulty in understanding me to distract the audience from the story we were telling.

What made you take this role?

It is utterly fascinating. Katherine is a study in contrasts. She is brilliant and in charge as an academic but somewhat awkward out in the world. She is fiercely obsessed by her work and at the same time losing her grip on life. She is hard on her daughter for not being more like her, but has to learn to accept depending on her daughter’s strength to finish her work. She is strong, and she is flawed. It is the most difficult role I have ever taken on, but once I read the play, I was obsessed with getting the role.

Why should audiences come out to see “33 Variations?”

This is one of the most beautiful scripts I have ever read and the production is riveting. It is visual, with spectacular projections that immerse the audience in the music and the worlds created onstage. It’s aural, with the incredibly moving, live “soundtrack” of Beethoven’s 33 Variations being performed onstage by a brilliant pianist whose music interacts with and underscores the scenes. Beautifully written and performed, it is about the rapture of obsession and discovery, and the anguish of sickness and loss. There is a surprising amount of humor in the story and in this production. But by telling this story with laughter and irony, the audience is all the more able to be open to and be touched by all it says.