Concert Review: ‘Bach and Bachianas’ by the National Philharmonic at the Music Center at Strathmore 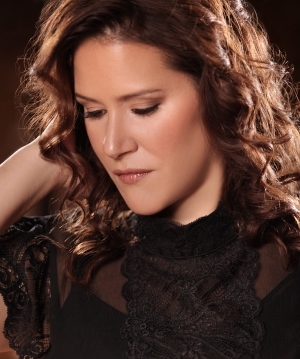 The National Philharmonic, led by Music Director and Conductor Piotr Gajewski, is easily one of the most beloved symphony orchestras in the greater Washington, DC metropolitan area. Comprised of fantastic musicians, and with such a family-friendly initiative as “all kids, all free, all the time,” the National Philharmonic prides itself on being accessible to all while concurrently being a strong advocate and purveyor of high-quality music education programming.

The concert opened with selections from Villa-Lobos. The National Philharmonic’s cello section was featured in their performance of Bachianas Brasileiras No. 1 for 8 cellos as well a No. 5 for soprano (Danielle Talamantes) and 8 cellos that ended with an immediate collective sigh by the entire audience. I’d like to add here that it wasn’t only a pleasure to listen to the National Philharmonic’s cello section perform, but they were genuinely a joy to watch. It cannot be stressed enough that it’s one thing to hear a piece performed to perfection live, but it’s another thing entirely to watch highly trained orchestral musicians who actually enjoy performing. It was refreshing to witness a group of musicians (predominantly women!) who recognized that it is a privilege to be on stage and who openly showed their appreciation by having the audacity to smile throughout their performance. Audience members received a “sneak peek” of sorts of the National Philharmonic Chorale’s artistry in their presentation of Bachianas Brasileiras No. 9 for chorus. With its intricate harmony, extensive syncopated rhythms, interwoven textures and mixed meter, Bachianas Brasileiras No. 9 is an incredibly difficult composition to perform; the National Philharmonic Chorale handled it with impeccable ease and grace.

Bach’s gorgeous Magnificat is an elaborate setting of the hymn of the Virgin Mary. Highly ornamented in true Bach fashion, the work consists of 12 movements in which a tremendous amount of vocal gymnastics ensue. Featured soloists of the evening included Danielle Talamantes (soprano), Magdalena Wor (mezzo-soprano), Mathew Smith (tenor) and Kerry Wilkerson (baritone). Highlights of the performance included the hauntingly beautiful Et Misericordia (and His mercy continues), that featured soloists Magdalena Wor and Matthew Smith and Esurientes Implevit Bonis (He has been generous to the hungry) that featured the National Harmonic’s lovely flute section.

It’s always a pleasure to witness the magic of the National Philharmonic and their continued demonstrated effort to make orchestral music available and accessible to all makes the organization that much easier to love. I highly recommend the National Philharmonic to any high-quality orchestral music aficionado. Don’t forget to bring the kids! If you don’t have any, borrow some, because ALL KIDS, ALL FREE, ALL THE TIME!

Running Time: Approximately 1 hour and 45 minutes with a fifteen-minute intermission.

The National Philharmonic’s next performance will be Handel’s Messiah on Saturday, December 16, 2017, at the Music Center at Strathmore. For tickets and more information, click here.